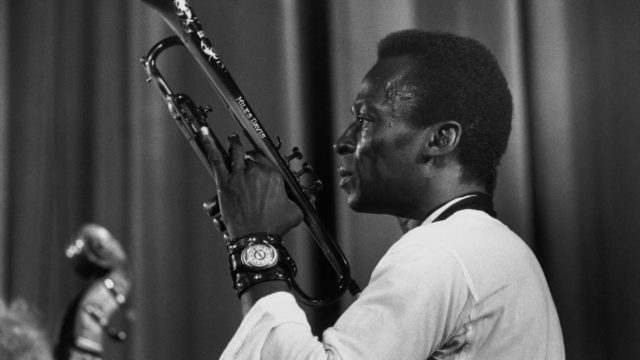 The Milwaukee Film Festival is just around the corner. This year’s festival will take place Oct. 17-31. One of my favorite series during the festival is the Black Lens program, which spotlights the work of African-American filmmakers.

The films in this year’s program cover a wide variety of topics from the iconic Apollo Theater to legendary jazz trumpeter Miles Davis to hip-hop fashion.

In addition to the screenings, Black Lens will host a talk Milwaukee natives Michael Starrbury and Terilyn Shropshire about the Emmy-winning series “When They See Us.” Starrbury was nominated with Ava Duvernay for an Emmy in the Writing for a Limited Series, Movie or Dramatic Special category.

Other guests include Lisa Cortes, who produced the documentary “The Apollo” and “The Remix: Hip Hop X Fashion” which is about two women’s underrated impact on hip-hop style since the ’80s.

Another documentary that I’m very excited to see play during the festival is “Boss: The Black Experience in Business,” which debuted on PBS earlier this year. Directed by Stanley Nelson, it tells the history of black entrepreneurship in America. There will also be a community forum that will feature local black business owners discussing the challenges and opportunities that come with doing business in Milwaukee.

Stanely Nelson also directed “Miles Davis: The Birth Of Cool,” which is also part of the Black Lens program. The film highlights the life and career of this iconic musician and features never before seen archival footage, studio outtakes and rare photos.

Besides the films and panel discussions, Black Lens will feature a series of four late-night social mixers hosted by XO Parlor and sponsored by Miller Brewing Company.

The Black Lens kickoff party will take place on Friday, Oct. 4, from 7-10 p.m. at The Cooperage and will feature film previews, music and refreshments. Below is the complete film lineup for the Black Lens program during the Milwaukee Film Festival.

You can purchase tickets for the Milwaukee Film Festival via its website.