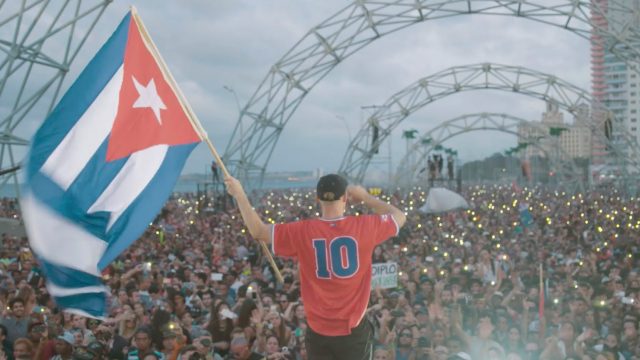 Over year ago, President Obama eased restrictions on the embargo with Cuba.  This allow for many things including American bands playing in Cuba.  Last March, Diplo’s Major Lazer became the first U.S. act to play in Havana since 1962.  Milwaukee native Jack Turner help produced a new documentary on this historic concert called “Give Me Future.”

Graduate of White Fish Bay High School, Jack Turner produced “Give Me Future” with Wesley Pentz(Diplo), and Jay Peterson.  The documentary follows Major Lazer to downtown Havana for a free concert. The historic concert drew close to a half a million fans. For those who aren’t familiar with Major Lazer, the group consists of producer Diplo, Walshy Fire (Jamaica) and Jillionaire (Trinidad).  Major Lazer is known for hits like “Get Free,” “Lean On,” “Light it Up” and more.

“Give Me Future” is more than a concert film. It also takes a close look at youth culture in Cuba and how it is evolving due to changing political and social climate.

The film is screening at the SXSW Film festival this week.