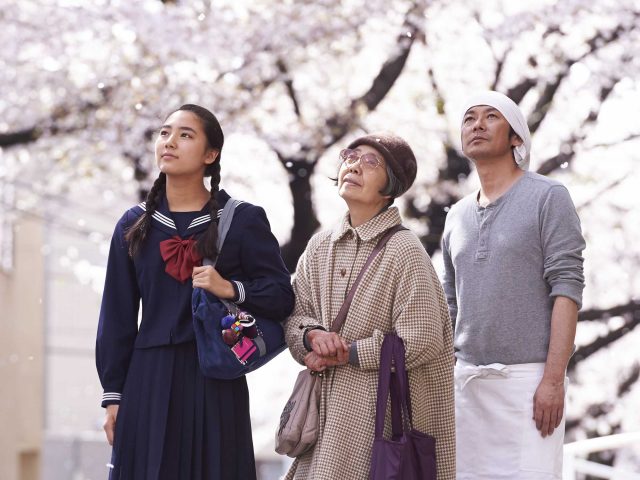 These six films will wet your appetite

The Milwaukee Film Festival is less than a month away and this week they announced the films for the Film Feast series. Film Feast features fiction and documentary films that celebrate the culture of gastronomy.

Check out the trailers for the Film Feast series below.

By the year 2050, Earth’s human population will reach 10 billion. This begs a sobering question: How are we going to feed such a multitude of mouths? Taking a broad view of the future of food production and distribution, 10 Billion: What’s on Your Plate? is a bracing call to action that is perfect for fans of docs such as Food Inc. Covering the ethics and best practices of food sustainability moving forward, the film takes us on a globe­trotting journey that highlights the perils (the hazards of genetic modification) and possibilities (featuring Milwaukee’s own Growing Power) that lie ahead of us.

10 Billion - What's On Your Plate? - Trailer from Autlook Filmsales on Vimeo.

Renowned chef René Redzepi (one of Time magazine’s “100 Most Influential People”) is never one to shy away from a challenge, and the one he’s created for himself in Ants on a Shrimp is a doozy: he and his crew are packing up shop from Copenhagen­based Noma (four­time winner of the title “World’s Best Restaurant”) to start fresh for a five­week pop­up in Japan with an entirely new 14­course menu. What follows is a delectable behind­the­scenes look into the tremendous expectation involved in such a daring venture. We watch his staff as their childlike experimentation elevates ordinary food items into extraordinary dishes.

ANTS ON A SHRIMP - International Trailer from Maurits Malschaert on Vimeo.

L.A.’s Jonathan Gold remains the only food critic to have won a Pulitzer Prize, and his plaudits are well­earned. Combining immensely skilled writing alongside an insatiable appetite for knowledge and discovery, Gold opened a whole new deliciousness to those who would never have found it otherwise. Giving equal heft to taco trucks and strip­mall phở joints as he does to expensive, Michelin­starred restaurants, Gold has crafted a career out of exploring the far­flung and exotic, changing the lives of immigrant family restaurants with a stroke of his pen. A celebration of the uniquely diverse city of Los Angeles, City of Gold will satisfy your hunger for delicious documentary filmmaking.

A kaleidoscopic journey into one of our most mysterious and powerful senses, this film by director Kim Nguyen (War Witch, MFF2013) guides us through a wide variety of smells, immersing us in a world of scent and exploring how different aromatic bouquets are able to conjure vivid memories, delectable tastes, and deeply ingrained experiences. We meet chefs, sommeliers, and perfumers all in search of the elusive aromas that will truly set their products apart, as well as a woman whose sense of smell was taken from her in the aftermath of a freak accident. These disparate elements all combine to help us delve into the secrets behind the essential sense of scent.

THE EMPIRE OF SCENTS (Le Nez)- by Kim Nguyen (english subtitles) from Funfilmdistribution on Vimeo.

Are we addicted to meat? Director Marijn Frank is having a crisis of conscience: While she constantly desires meat and recognizes that it’s delicious, she nonetheless is cognizant of the ethical and environmental concerns that meat consumption brings along with it. In order to make a final judgment on this matter (and looking to the future dietary habits of her young daughter), Frank listens to arguments from all sides: A therapist, a butcher, vegetarians, an addiction expert, and a meat­loving master chef all weigh in on this delectable dilemma while simultaneously exploring our primal relationship to meat. Warning: contains images of animal slaughter.

Sentaro spends his days crafting dorayaki (two small pancakes with a dollop of red bean paste in the middle) at his small food stand, but sparse patronage and his haunted demeanor show that something is missing. That something is discovered when the elderly Tokue responds to his “help wanted” ad with an edible resumé: homemade bean paste so good that lines begin to form around the block. Sweet Bean is a richly observed (and mouthwateringly filmed) story of an elderly woman imparting her wisdom to a man in desperate need, an act that shows the power of food and tradition to bring people together.