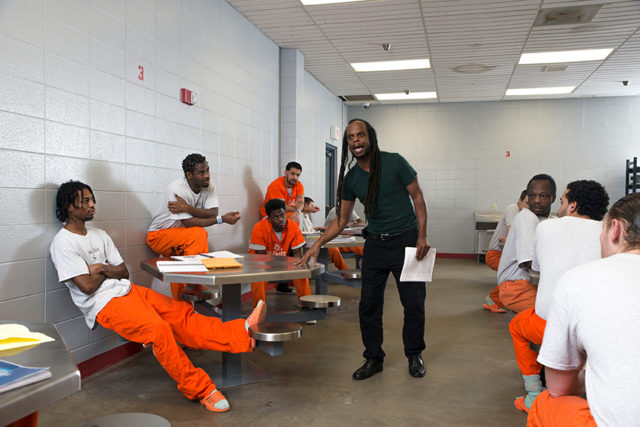 ...the high rates of poverty, crime, and murder are not reflective of what this neighborhood actually looks and feels like; its houses with yards and porches and people going to church on Sunday.

At this point, most of us know that Milwaukee has a problem with incarceration of black males.

But did you know that the zip code 53206 has the highest rate of incarceration for African American males in the United States?

And with 62% of adult males in this zip code having spent time in jail or prison, director Keith McQuirter knows its time we start exposing and talking about this; and his new documentary ‘Milwaukee 53206’ does just that.

The new documentary, premiering June 14 through Milwaukee Film tells the stories of individuals and families affected by mass incarceration and tackles the issue head-on.

“It’s a community of amazing people living with harsh realities, who have incredible stories, and who were willing to share with them us and with you. What happens within these 2.7 square miles tells a story that is playing out across the United States.”

Milwaukee Film will be premiering ‘Milwaukee 53206’ on Tuesday, June 14 at the Landmark Oriental Theater alongside a Q&A with the filmmakers, the film subjects and community leaders featured in the documentary.

For more information on the film, visit www.Milwaukee53206.com and watch the trailer below.