No movie called ‘Detective Pikachu’ needs this much plot

No movie called ‘Detective Pikachu’ needs this much plot 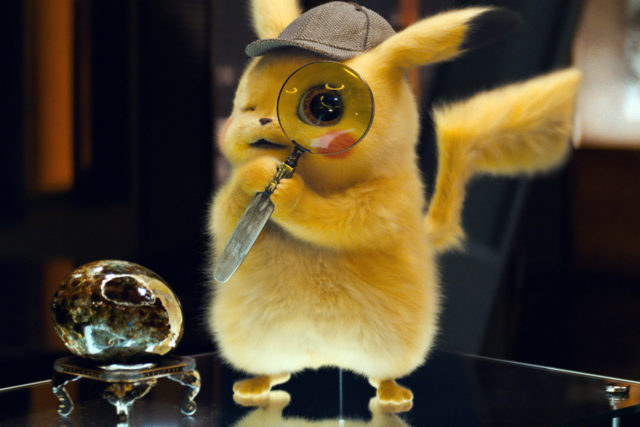 This week on your favorite movie podcast we’re talking about the bright and colorful, fantasy fun-time world of… “Detective Pikachu!”

Justice Smith plays Tim, a young man whose estranged detective father goes missing. After meeting his dad’s partner – an adorable Pikachu – the pair go a-sleuthing to crack the case. Tim, being the only human who can communicate with Pikachu, seems like the best person for the job. The ever-present Ryan Reynolds lends his handsome voice to the titular detective and expels a world of wisecracks to Tim, instead of the usual limited vocabulary of the character.

Pokémon has a dedicated fan base, and with a catchphrase like “You gotta catch ’em all!” we can only assume this film will fill theater seats with little to no effort, as evidenced by Kristopher’s experience in the theater of fans who cheered for every new Pokémon that appeared on screen!

Similar to a several films in recent history, “Detective Pikachu” blends live action and animation, and creates a landscape that could appeal to adults and children alike. But, did it? Oh boy, let’s listen to the podcast and find out… using the very limited control group of two handsome podcasters. What do you mean, “Who?!”