‘Nomadland’ is the kind of movie that spurs conversation

‘Nomadland’ is the kind of movie that spurs conversation 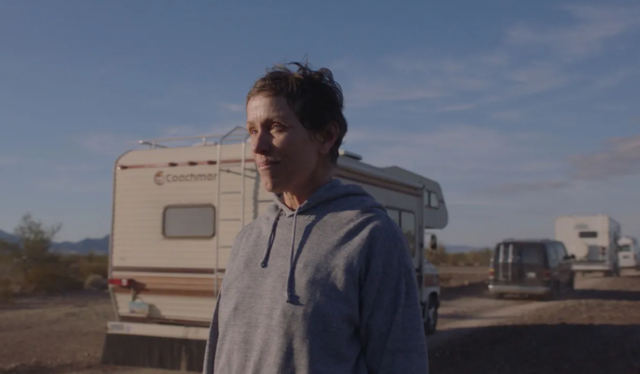 “Nomadland” is the film based on the non-fiction book “Nomadland” by Jessica Bruder. The movie follows Fern, played by Frances McDormand. She lost everything in the Great Recession after the mine in her town of Empire, Nevada closed down and took the whole city with it. “Nomadland” catches Fern navigating the life that she chooses after all of this, one as a nomad.

Playing with the fictional aspects of the movie and the non-fiction aspects of the book, Frances McDormand and David Strathairn are the only two actors. The film depicts everyone else as they are and on location in seven states over the course of four months.

The plot is loose and ambling and plays like a documentary. It’s been immediately acclaimed across the board, getting lots of nominations and ending at the top of a lot of year end lists.

We had more to say than we even knew. I almost cut us off a couple times to keep moving along but Kpolly said that we should keep going if we had more to say, and I think this is one of the truest conversations we had to date. “Nomadland” is that kind of movie. Come for the take, stay for the conversation.