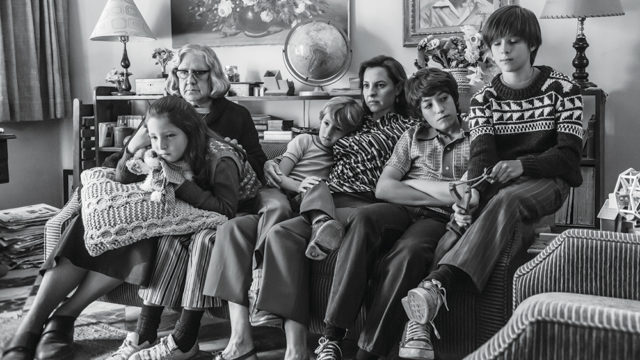 The plot: Set in 1970 and 1971, the film is a semi-autobiographical take on director Alfonso Cuarón’s upbringing in Mexico City, and follows the life of a live-in housekeeper to a middle-class family. The title refers to Colonia Roma, a neighborhood in the city.

We don’t usually talk about movies that aren’t in theaters, but you can’t have a film podcast and not talk about what’s being called the best movie of 2018.

As I said before, I think “Roma” lived up to the hype (and then some). Kpolly thinks all of its accolades might have ruined it for him in the beginning, though he came around. We both liked this movie. I just happened to love it.

This film was on par with all of the atmospheric directors of the ’70s—all the movies that we think of as “cinema.” It has Ingmar Bergman. It has the surrealism of Federico Fellini. And it’s kind of movie that will probably change the way many movies are made in the future because of the way that its storytelling captures drama in the moment. It is funny, it is devastating, it is outrageous, it is everything, it is nothing, but in the end—it is life.

Visually, this film is impeccable. And not just because it’s shot in some very aesthetic black and white (though it certainly doesn’t hurt). It feels like a small film—until it doesn’t. Most of the film’s cinematography is meticulous, tight shots, whether inside the home or filming daily life in a street or at the theater. But then, the film is able to shoot some large scale things in the same way. Like when a riot that breaks out in the city, the film pans out into the streets and suddenly there are a lot of extras and there’s this whole outside world going on. 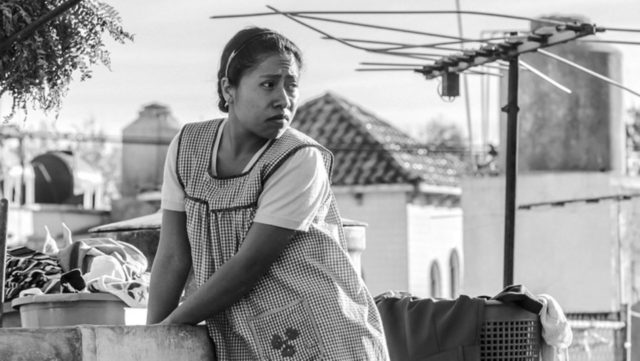 I am dubbing the genre of this movie an “observational drama.” This observation is what makes it so good. Like real life, situations and relationships aren’t always clear cut, they just happen and time moves on. That’s the strength (and I believe the point) of this movie. Watching it, it feels like the actors are unaware that they’re on camera, just as the family at times feels unaware that the housekeeper and main character, Cleo (Yalitza Aparicio), is there watching and taking part in their lives.

And the film ends just as it begins, with the family in the living room, each having lived through their own dramatic stories, but quietly moving on with their lives because that’s how time is—unconcerned with the past.

“Roma” is streaming on Netflix now.

I went into this movie thinking there was no way it would live up to all of its rave reviews. I was wrong. Now, I think that this is the best movie of my lifetime. It’s a bold claim. But it’s one that I stand behind, even if “Roma” is already getting enough attention.

We’re 88Nine’s Justin Barney and Milwaukee Film’s Kpolly. We’re buds, we like cinema—we’re Cinebuds. This week on the podcast, we’re talking about “Roma” and the hype around it.

By hype, we mean 10 nominations at this year’s Academy Awards, including Best Picture, Best Foreign Language Film, Best Director, Best Actress and Best Supporting Actress. It is tied with “Crouching Tiger, Hidden Dragon” for the most Oscar nominations ever received by a non-English language film.

Read more and listen to the full podcast episode below to hear more about what we thought of “Roma” and how its acclaim affected our reviews differently.