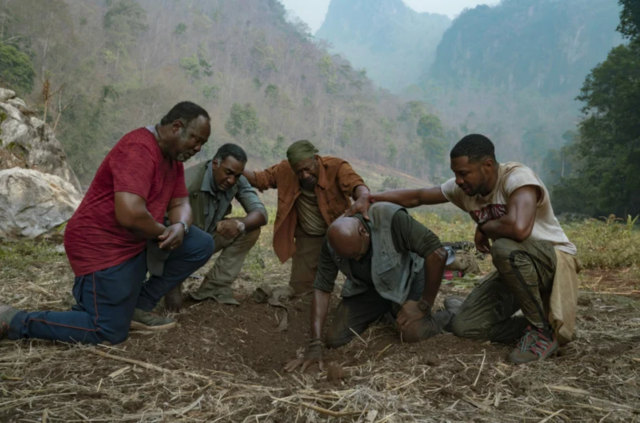 “Da 5 Bloods” is the new Spike Lee joint. It’s a movie about the Vietnam War that was nearly directed by Oliver Stone, of course, but then Spike Lee got his hands on it and he did what Spike Lee does. He added history, he added style, he added a message that went further than a couple old veterans trying to relive their glory days.

At this point Spike Lee is prolific. You think you have seen a lot of Spike Lee movies, but believe me, you have not seen as many as you think you have. IMDB has him at 93 credits as a director. A lot of these are shorts, or weird projects, but Spike Lee has been good for about a movie once every two years since 1986. In the podcast me and Kpolly talk about some of those signature Spike Lee moves, how they work or don’t work here, Kpolly’s favorite joke of the movie, and plenty more in the review of “Da 5 Bloods.”