Watch the powerful and moving trailer for ‘Miss Sharon Jones’

Watch the powerful and moving trailer for ‘Miss Sharon Jones’ 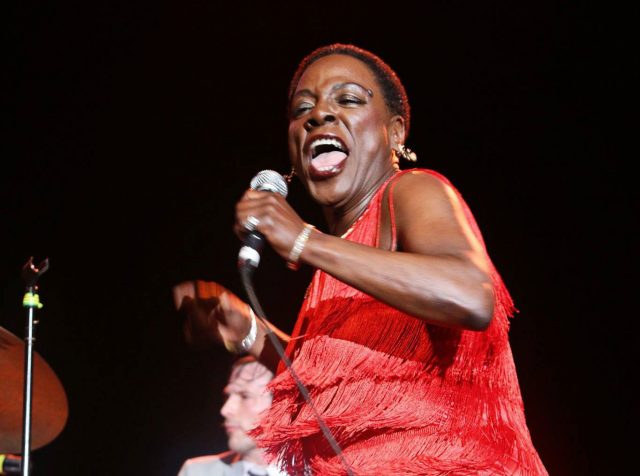 This August, the film “Miss Sharon Jones” will hit theaters nationwide this August.  The documentary tells the story of Sharon Jones and The Dap-Kings. Directed by two-time Academy Award winner Barbara Kopple, the film follows Sharon Jones over a course of a year, which begins with her being diagnosed with pancreatic cancer.

Always told she was never good enough (“you’re too black, too short, too old”); Sharon finally broke-through as a renowned soul singer being hailed as a modern-day female James Brown. Now as she prepares for her most important tour, Sharon comes face-to-face with the most difficult adversity of her life: a diagnosis with cancer. Follow this tour de force over the course of an eventful year as she struggles to hold her band The Dap Kings together while battling her diagnosis with an unstoppable determination to come out triumphantly as a true soul survivor.

Watch the trailer for “Miss Sharon Jones” below.