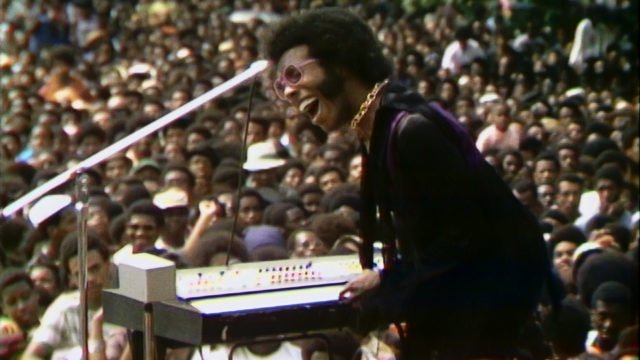 Kpolly here. This week on Cinebuds we are taking a trip back to Harlem during the summer of 1969 to attend the Harlem Cultural Festival!

The feature debut documentary from Ahmir “Questlove” Thompson, “Summer of Soul” unearths amazing footage that has been sitting dormant for over 50 years and turns it into one of the greatest concert films of all time! Bold statement? Yep. Do we stand by that? Well, listen and find out, man!

With performances by Stevie Wonder, Sly and the Family Stone and the great Nina Simone, the festival that took place in a hot city summer was a cultural milestone. Nearly as many attendees as Woodstock, and just as impressive a lineup, but the market at the time was convinced it wouldn’t get attention as a film.

Listen to us oooh and aaah about the film and we’ll also dig into what else we’ve been watching lately.  And don’t forget to like, share, and subscribe to Cinebuds!