The Cinebuds had very different impressions of ‘Uncle Frank’

The Cinebuds had very different impressions of ‘Uncle Frank’ 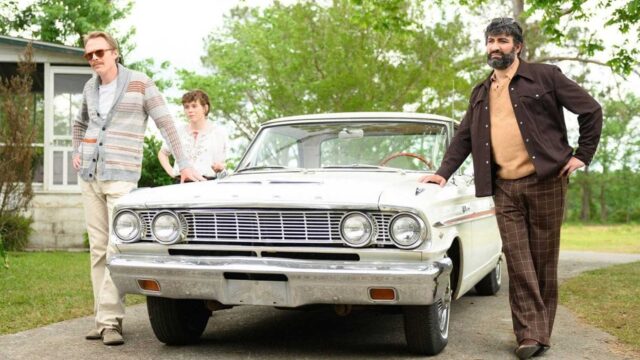 Kpolly here. This week on Cinebuds, we’re talking about the new film from Alan Ball (the Oscar-winning writer of “American Beauty”). “Uncle Frank” stars Sophia Lillis and Paul Bettany as the titular* Frank. (*anytime I get to use that word I always giggle…)

Frank lives in New York with his boyfriend in a carefree, open-minded community, far from his southern home and family who are quite the opposite. When Frank’s super angry and problematic dad passes away he returns home for the funeral and one last cruel gesture from his dead pops.

Is this film an attempt at Oscar bait in a year that doesn’t have a lot of Oscar fish? (I was really proud of that metaphor, but not sure it tracks… I’m sticking with it, though!) Is it a formula for a journey of discovery film?  And if so, is it a good one? We ask the big questions here on Cinebuds!

We’re a straight man and another straight man (apologies), so we cannot properly assess the validity of this film’s relevance in the LGBTQ+ community. But, I am from Missouri (which is technically the Midwest, but culturally it’s the worst bits of the South), so I can assess the Southerness of it with a bit more credibility. We’ll discuss that and more. This week our “What Else Have You Been Watching” portion is jam-packed with cinema that got us all a-flutter. Enjoy!