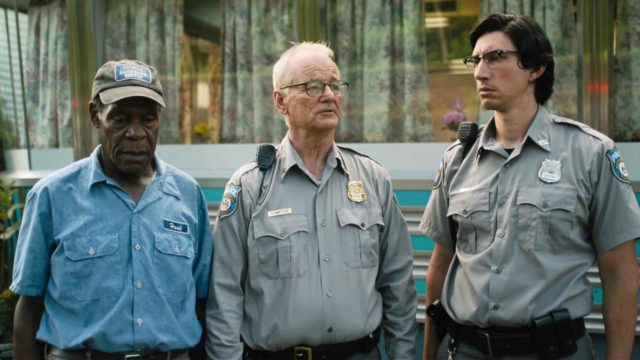 Read more and listen to the full episode below to hear us talk about “The Dead Don’t Die,” the latest from film legend Jim Jarmusch.

“The Dead Don’t Die” is the new zombie comedy, or “zomedy,” as Kpolly coined, for better or for worse, by acclaimed cool-guy director Jim Jarmusch. There are A LOT of draws to this movie going in. Namely, the cast, the soundtrack, and the director himself.

The cast: Jarmusch is the kind of director that has a gang. He frequently goes with Bill Murray, Tilda Swinton and Adam Driver, who are all in this. Jarmusch also establishes his music taste in his movies, often casting musicians in key rolls. In the past, and here, he casts Tom Waits, Iggy Pop and RZA.

Going with those musicians, his soundtracks are always great. “The Dead Don’t Die” prominently features a theme song from Sturgill Simpson that ends up being a recurring theme in the movie.

Jarmusch is also a draw. He is the kind of director that gets you into a movie on name recognition alone. His movies are classically hip and he is a living auteur with a cult following. We have both seen all of his movies and seeing this one was an interesting addition to his oeuvre.

Okay, going past the draw and into the movie itself… it may not land on our list of all-time-favorite Jim Jarmusch movies. There is plenty to talk about in why this movie didn’t work and we talk about them all in the podcast.