‘The Farewell’ made one of us sob

‘The Farewell’ made one of us sob 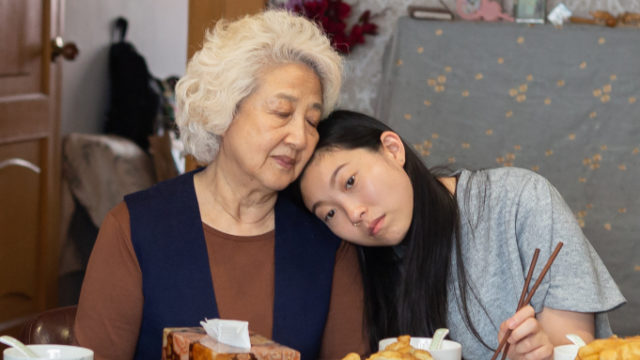 On this week’s episode, we’re saying hello to “The Farewell.”

You ever lie to your grandma about her medical test results? We’ve all been there…. No? Not a familiar scenario? This week on Cinebuds, we’re talking about the new film from director Lulu Wang, “The Farewell.”

The film stars rapper-turned-actor Awkwafina in a rare dramatic turn as a granddaughter caught between her Western sensibilities and her family’s Eastern traditions. The grandmother, who she talks with frequently from half a world away, has been diagnosed with late-stage cancer and has months to live. The family has decided not to tell her she’s dying, which is apparently not uncommon in China. They don’t want the grandmother to spend her final days worried and afraid, so they stage a wedding as an excuse to gather one last time as a family. Billi (Awkwafina) must try to keep her composure as she struggles to keep a secret that goes against everything she feels is right.

Wang went to the mat for this film. Getting financial backing in Hollywood (and in China, she discovers) for an American film with an all-Asian cast is still a struggle. “No white guys?!” But she stuck to her guns and created a film that held its own in a summer line-up with superheroes, and birds who are, by all estimations, quite angry…

Listen to the cast and see if we felt the lack of Caucasians affected the film poorly. (Spoiler: we did NOT.)