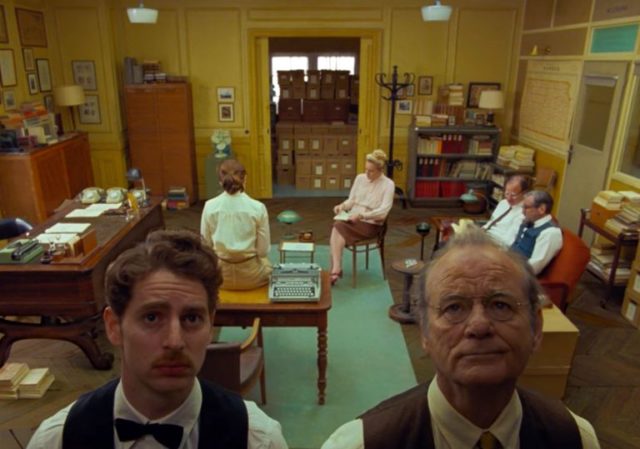 “The French Dispatch” is the 10th movie from director Wes Anderson. As usual the cast is absolutely STACKED. You’ve got Bill Murray, Tilda Swinton, Benicio Del Toro, Timothée Chalamet, Jeffrey Wright, Frances McDormand, Adrien Brody, Lea Seydoux, and those are just the leads, really. Normally, a Wes Anderson movie starts off very precise and meticulous, but at some point, Anderson loosens up the reins and gives the story some slack.

Within that story he tells three other stories — ones that are fit to print in The French Dispatch. One of a prisoner who is a brilliant artist, one of a young revolutionary, and one of a gourmand who gets caught up in a kidnapping. Typical of Anderson, there are gobs of style. “The French Dispatch” is Anderson at his most ornate. Every frame a picture. But there is also substance that accompanies the style. Each vignette has a point that it makes about the commodity of art, the capitalization of anti-capitalism, and even the loneliness of the writer. You should really go see it.