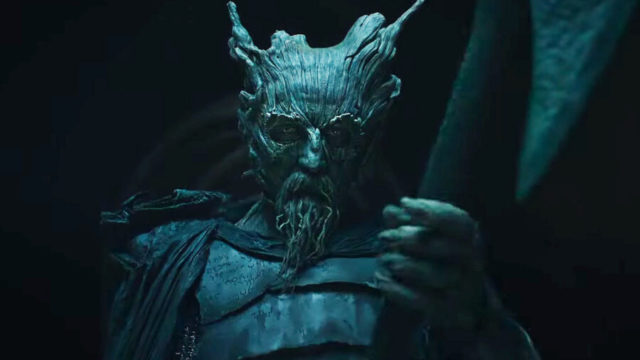 This week on the podcast, we’re unpacking “The Green Knight,” the latest film from A24 Films. Based on a medieval fantasy, the film brings incredible visuals and period costumes in a lush retelling of a centuries-old legend.

“The Green Knight” is a story of Sir Gawain, “King Arthur’s reckless and headstrong nephew” who is on his way to becoming — but has yet become — a knight. On a Christmas evening, the man is visited by the mysterious Green Knight who presents both riddle and a challenge for the young man to prove himself a hero.

“Gawain contends with ghosts, giants, thieves, and schemers in what becomes a deeper journey to define his character and prove his worth in the eyes of his family and kingdom by facing the ultimate challenger,” according to A24.

The film was made on a $15 million budget, relatively small compared to summer blockbusters. But it delivers consistent visual beauty over its two-hour runtime, propelled along by steady pacing and punctuated by suprising moments.

Listen to the Cinebuds review the film on this week’s episode.