‘The Little Things’ offers so many reasons to hate it

‘The Little Things’ offers so many reasons to hate it 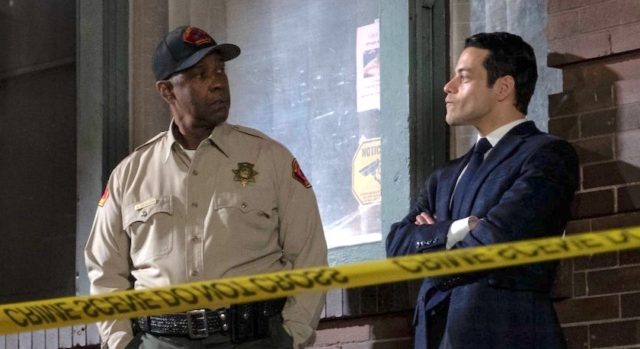 “The Little Things” is a new crime drama featuring Denzel Washington playing the old veteran who’s had a tough and mysterious past, playing second fiddle to young hot shot, and least likable character in the history of film, Rami Malek. Together, but also not together, they butt heads, and kind of come together to take down the perpetually greasy, vacant eyed, never-been-anyone-who-looks-more-like-a-serial-killer Jared Leto.

Look, I suggested this movie. So this one’s on me. It had the star power and I had actually heard a positive review. But half way though I felt bad that I made Kpolly watch this whole movie. We both hated it, but, it was so hateable that we actually hated it for different reasons. That’s how much there was to not like about this movie.

If you have seen this, listen to the podcast to revel in the camaraderie of having watched a terrible movie, and if you haven’t, listen and maybe the bar will be so low that you actually think it’s not that bad.