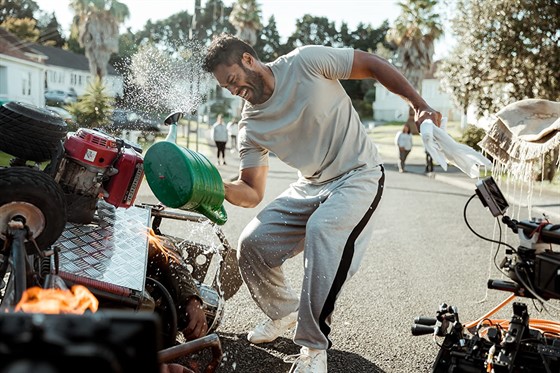 The Milwaukee Film Festival is underway! Click here for all info on the fest. It’s all virtual this year, so no difficult schedules, no waiting in line, no uncomfortable seats! It’s the comfiest festival so far.

Here is how to fest.

Here is all the films.

And here is a list of events. Every night at 8 p.m. Milwaukee Film will be holding a get together called The Nightcap where we will all get together on our computers and check in and chat with directors, actors and maybe some other surprises too.

And every day, me and Kpolly are highlighting a movie we are watching and one that we think you would like too.

Today is the last day and we saved a fun pick for last: The Legend of Baron To’a

Fritz is the son of New Zealand’s most famous Tongan wrestler, Baron To’a. He’s not much of a fighting man himself, so when he returns home to sell his father’s house, he tries to stay neutral in the warring cul-de-sac. But when a street gang steals his father’s championship belt, Fritz employs his natural-born talents to get it back. Filmed with a predominantly Tongan cast, this movie is an action-packed ode to the martial arts film tradition.