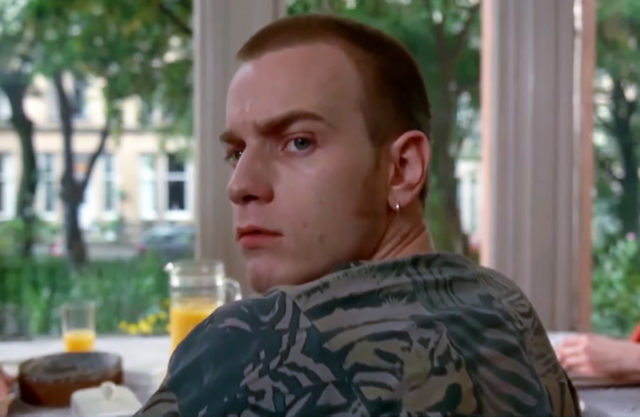 The film’s studios, TriStar and Sony shared a teaser today for the film featuring all of the original cast members including Ewan McGregor, Robert Carlyle, Jonny Lee Miller, and Ewen Bremner. The teaser doesn’t contain any new clips from the forthcoming sequel. It does feature clips from the original 1996 film.  Now, that is what you call a “teaser” trailer.

Ten years on from Trainspotting Sick Boy is back in Edinburgh after a long spell in London. Having failed spectacularly as a hustler, pimp, husband, father and businessman, Sick Boy taps into an opportunity which to him represents one last throw of the dice. However, to realise his dream of directing and producing a pornographic movie, Sick Boy must team up with old pal and fellow exile Mark Renton. In the world of Porno, though, nothing is straightforward, as Sick Boy and Renton find out that they have unresolved issues to address concerning the increasingly unhinged Frank Begbie, the troubled, drug-addled Spud, but, most of all, with each other.

Watch the teaser below.