Wait, why is Ed Helms voicing this penguin?

Wait, why is Ed Helms voicing this penguin? 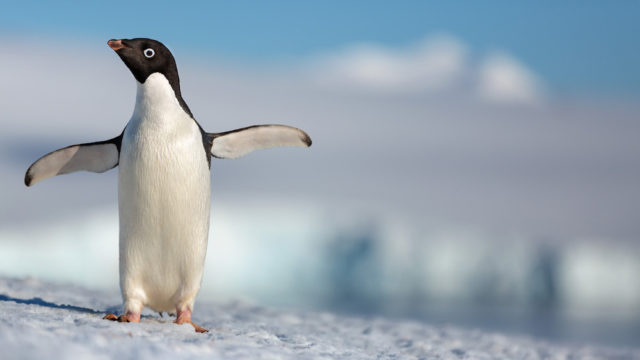 Read more and listen to the full podcast episode below to hear us talk about Disney’s very-Disney foray into nature films, “Penguins.”

“Penguins” is the Disney nature film about a penguin who braves the trials and tribulations of the Antarctic in order to raise a family.

It is a documentary, of sorts. The filmmakers spent 900 days in the Antarctic, following the migratory pattern and behavior of over a million Adelie penguins that gather in the Antarctic every year. The film focuses on one penguin, who they name Steve, in order to sharpen the narrative. Over the course of the movie you see Steve following his instinct, finding his way back to the place of his birth, then stake out a spot, build a nest, find a mate and raise a family, all the while putting up with nature’s obstacles of predators, brittle weather and cruel luck.

It strays from being a straight-ahead documentary by giving Steve an actual voice. Ed Helms serves as both narrator, objectively describing the real-life drama of nature, and the actual voice of Steve. We had some differing opinions on how that worked.

The film strives to be part nature documentary and part re-watchable comedy for kids. We had some strong opinions on this one. Check the podcast for the whole thing and further discussion on Disneynature vs. David Attenborough, nature documentaries and more.