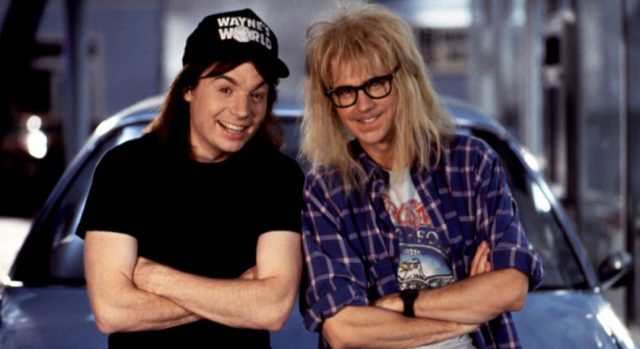 Wayne’s World will be celebrating its 25th birthday this year.  The classic film was released on Feb. 14, 1992.  To celebrate, there will be screening throughout the country including the Milwaukee area today and on Feb. 8

Before the screening, there will be an introduction by Rolling Stone film critic Peter Travers. After the film, director Penelope Spheeris will lead a discussion with Tia Carrere, Robert Patrick, and Colleen Camp, alongside special footage featuring Mike Myers, Dana Carvey, Rob Lowe, and Lorne Michaels.  Visit the WaynesWorld25 website for more information and tickets.

Screenings will take place at: