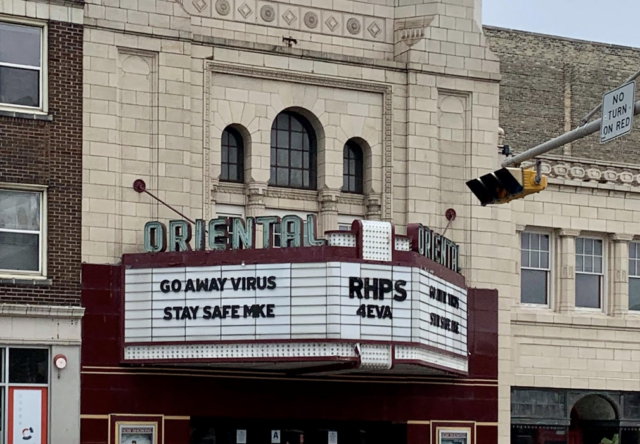 At the end of March we had OnMilwaukee culture critic Matt Mueller on Cinebuds to talk about how the film industry was handling the pandemic and at the time everyone’s strategy was PUSH IT TO AUGUST! Now that it is August and the world isn’t how they, or any of us, imagined it would be, it seems as if every production company has a different strategy.

Some are releasing movies INTO THEATERS. Yes, new movies are are going to be in theaters in the coming weeks. “The New Mutants,” “Bill and Ted’s Face the Music” and “Tenant” are some of the movies that will actually play in theaters next week. Some companies are leaning into video-on-demand. Some are coming straight to steaming. Some, like Disney, are starting a hybrid, with their summer blockbuster, “Mulan” going to their streaming service which you have to have a subscription to, and then you are able to rent it for $30. All these strategies are studios seeing what will make their money back. Will it be video-on-demand? Will people go back to the theater in the middle of a pandemic? What will movies look like next year? Matt Mueller comes on to talk it through and to tell us what’s going on in the film industry, what is working, and why nothing is.

Listen to “What's going on with the Movies!?” on Spreaker.