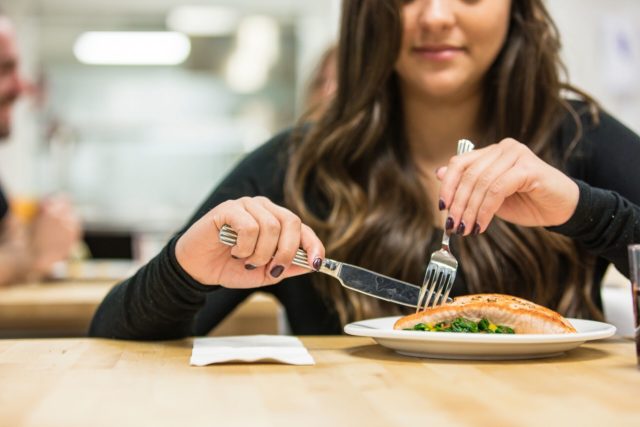 November’s topic on In the Wings revolves around different conversations about mental health. We’ve heard from different individuals who have fought mental illnesses such as addiction, depression and post-traumatic stress disorder.

As someone who personally dealt with disordered eating, Melissa quickly learned the stigmas surrounding the disease. Many people believe what they see on reality television: eating disorders are for pretty models who want to be skinny. Melissa says this simply isn’t true.

Eating disorders come in various forms such as anorexia, binge-eating and bulimia. Melissa says the disorder is oftentimes a byproduct of other mental health issues people may not know they have. Eating disorders could be a result of stress, anxiety, trauma or depression.

Melissa says people with eating disorders struggle to receive coverage from their insurances. Finding a team of doctors, psychiatrists and dietitians who understand how the disease operates also proves to be tricky.

People who are in suburbs or small towns may not have specialists where they live and may be forced to travel across state lines to receive care.

That’s where Aloria comes in.

Aloria opened in March and focuses on both the medical and nutritional needs people with eating disorders have. They provide outpatient care, day treatment and residential treatment. This makes the care more accessible for people who cannot afford to leave their everyday lives for months at a time to rehabilitate.