In the Wings: Spike Brewing Brings Manufacturing to Riverwest

In the Wings: Spike Brewing Brings Manufacturing to Riverwest 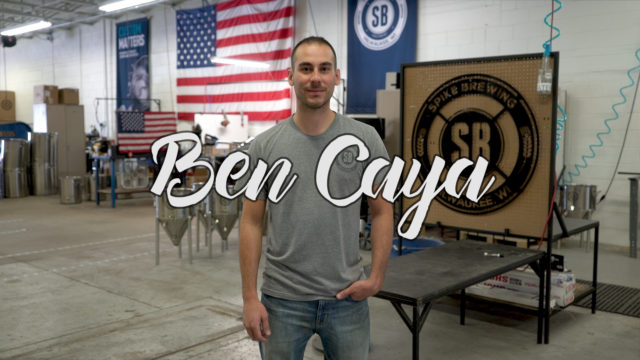 In the Wings is our multimedia series that brings our community to center stage. Watch this month’s video here and be sure to listen to the companion audio piece.

The 29-year-old entrepreneur enters his sixth year as owner of Spike Brewing, a manufacturing company that makes stainless steel equipment for brewing beer.

"[Brewing beer] is a really old hobby. We're trying to open up the niche for people who are interested in making their own beer."

This month our multimedia series In the Wings explores entrepreneurship in Milwaukee. While every start-up doesn’t start in school, in a garage, like Spike Brewing did, Caya encourages aspiring entrepreneurs to be naive and put the blinders on.

Two years ago, when Spike Brewing was in their much smaller warehouse space, they entered a first-of-its-kind competition targeted towards Milwaukee entrepreneurs: The Dolphin Pool.

Heard of the TV show Shark Tank? Yeah, it’s like that.

The Dolphin Pool, now an annual competition hosted by Riverworks, asks contestants to pitch their business concept to a panel of judges and a live audience. Caya stood before them the inaugural year and presented Spike Brewing in hopes of winning the grand prize package that would provide the support needed to elevate the business. He won.

Spike Brewing continues to grow, with 12 employees and 20,000 sq/ft of warehouse space.

See (and listen) for yourself. Watch the episode and listen to the audio story below.