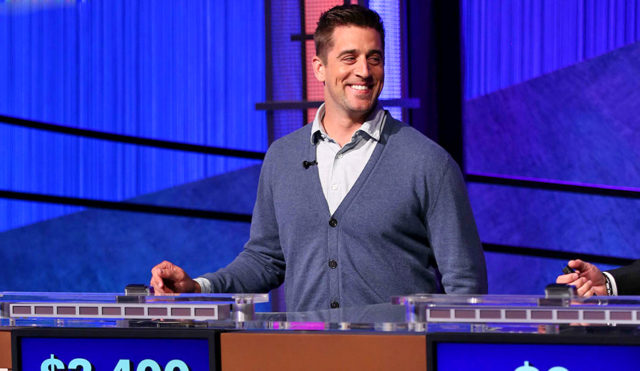 Aaron Rodgers will return to “Jeopardy!,” but this time in a very different capacity than his 2015 “Celebrity Jeopardy!” appearance. The Green Bay Packers quarterback revealed today on the Pat McAfee Show that he will be a guest host of the long-running quiz show later this year.

The date of Rodgers’ appearance is still unknown. The show has recruited a variety of guest hosts following the death of longtime host Alex Trebek, whose final episode aired last week. Ken Jennings, the show’s most winning contestant, was the first to guest host.

Rodgers, of course, has made no secret of his “Jeopardy!” fandom. He ran the field during his 2015 “Celebrity Jeopardy!” appearance, triumphing over “Shark Tank” investor Kevin O’Leary and retired astronaut Mark Kelly, and winning $50,000 for Midwest Athletes Against Childhood Cancer.