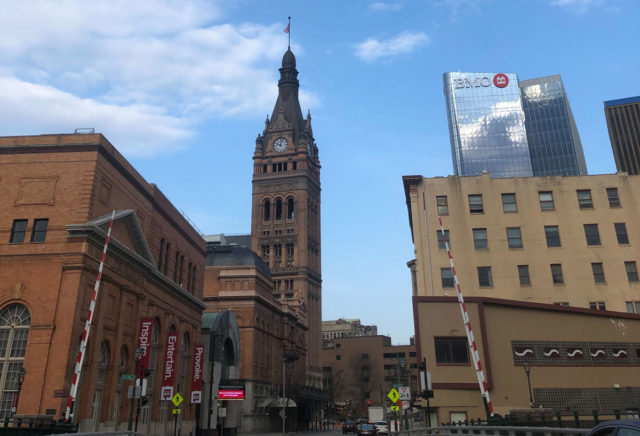 The Wisconsin Supreme Court struck down the state’s stay-at-home order in a 4-3 decision on Wednesday, immediately overturning the COVID-19 restrictions that Gov. Tony Evers’ administration had extended until May 26.

The court’s ruling did not overturn the portion of the order closing public and private K-12 schools, which will stay closed for the rest of the school year.

Evers criticized the decision Wednesday night, saying that it undermines the state’s efforts to contain the coronavirus. The decision came two days after Dr. Anthony Fauci and several of the nation’s other top health experts testified before Congress about the dangers of states reopening too quickly, warning that it could lead to “suffering and death that could be avoided” while setting back an economic recovery.

It’s unclear whether the Wisconsin Legislature will draft a replacement order. In a joint statement, Senate Majority Leader Scott Fitzgerald and Assembly Speaker Robin Vos urged the Evers administration to begin working with them on “rules that would provide clear guidance in case COVID-19 reoccurs in a more aggressive way.” But they also suggested they were comfortable without a statewide replacement order.

“Now that the decision has been rendered, we are confident Wisconsin citizens are up to the task of fighting the virus as we enter a new phase,” they wrote. “Wisconsin now joins multiple states that don’t have extensive ‘stay at home orders’ but can continue to follow good practices of social distancing, hand washing, hand sanitizer usage and telecommuting.”

The court’s ruling means it now falls to the state’s counties and municipalities to manage their own responses to COVID-19. Immediately after Evers’ stay at home order was struck down, several cities and counties issued or reiterated their own stay at home orders, including the City of Milwaukee, Kenosha County, Dane County and the City of Racine.

Milwaukee Mayor Tom Barrett said that the order Milwaukee issued in March is still in place, meaning the city’s bars and restaurants are still barred from offering dine-in service. Delivery and curbside pickup are allowed under the order.

The court’s ruling has no impact on the city’s public health order, Barrett said.

“That order remains in effect, including all provisions on public gatherings, restaurants and bar operations,” he wrote in a statement. The order greatly limits public gatherings outside of a household, but makes many exemptions for essential activities.

Milwaukee’s order will remain in effect indefinitely. You can read the complete order here.