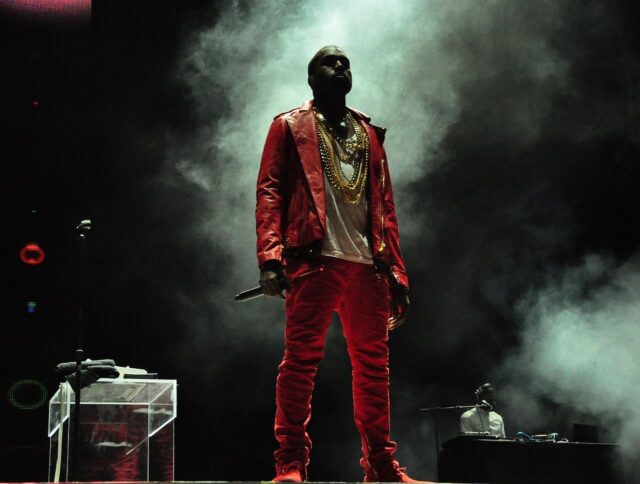 There’s a “Late Registration” joke in here somewhere: Kanye West’s bid to appear on Wisconsin ballots could hinge on just a matter of seconds. In a legal filing Monday, West’s campaign argued that the rapper should appear on the state’s ballot even though his campaigned turned in his nomination papers after the state’s 5 p.m. Aug. 4 deadline to do so.

WISN reporter Matt Smith filmed attorney Lane Ruhland, a former general counsel for the Wisconsin Republican party, filing nomination papers on West’s behalf shortly after the 5 p.m. deadline. State law says that nomination papers must be received by “not later” than 5 p.m., but West’s lawyers claim the campaign was told it missed the deadline by just 14 seconds, and that the law doesn’t distinguish between minutes and seconds.

West’s campaign also alleges that the nomination papers were delayed by overzealous media and Democratic operatives who interfered with the filing. Smith’s video of the Ruhland filing the papers, however, shows very little media presence and nobody blocking her.

Although West is running as a third party candidate (“The Birthday Party”), his candidacy has become a proxy battle between the Republican and Democratic parties, with Republicans working to put him on the ballots in key swing states and Democrats challenging those efforts.

In an unusual interview with Forbes last week, West didn’t push back against insinuations that he is running as a spoiler candidate trying to siphon votes from presumptive Democratic nominee Joe Biden. He confirmed that he’s in regular contact with the Trump Administration, and when pressed about the infeasibility of his campaign — he won’t appear on enough ballots to win 270 electoral votes — he responded by saying, “I’m not going to argue with you. Jesus is King.”

Wisconsin Democrats have challenged West’s nomination on several fronts, also alleging that his nomination papers are riddled with errors, irregularities and fake names like Bernie Sanders, Mickey Mouse and even Kanye West himself. West’s campaign needs 2,000 signatures to appear on the ballot and filed 2,422, according to Wispolitics. Lawyers have argued that more than 600 of those signatures should be disqualified. The lawyers also argue that at least six people who signed West’s nomination papers say they were tricked into doing so.

Democrats have also accused West’s campaign lawyer Ruhland of violating ethics rules by working for the West and the Trump campaigns simultaneously.

West’s ballot status will be decided by the state’s Elections Commission, a six-member board comprised of three Democrats and three Republicans. It is expected to meet later this month.