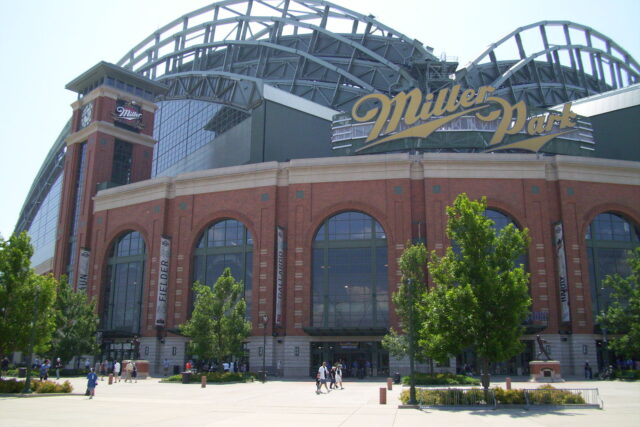 “I have been working with the Milwaukee Brewers to create a drive-through in-person absentee voting experience at Miller Park,” Woodall-Vogg wrote in a memo, according to the Journal Sentinel. “The Election Commission would continue to offer curbside voting at all locations. However, Miller Park would provide a space dedicated to the service that we believe will be well received by the community and run more efficiently.”

In addition to the race for president, the Nov. 3 general election will include races for the U.S. House of Representatives and the Wisconsin Legislature. It’ll be preceded by a partisan primary on Aug. 11.

Miller Park may not be the only local sports arena to host voting this fall. In a tweet last week, Bucks Senior Vice President Alex Lasry volunteered the Fiserv Forum as a voting site. “We’re looking forward to working with the City of Milwaukee, in any capacity that we can, to ensure ppl can safely exercise their right to vote!” he tweeted.