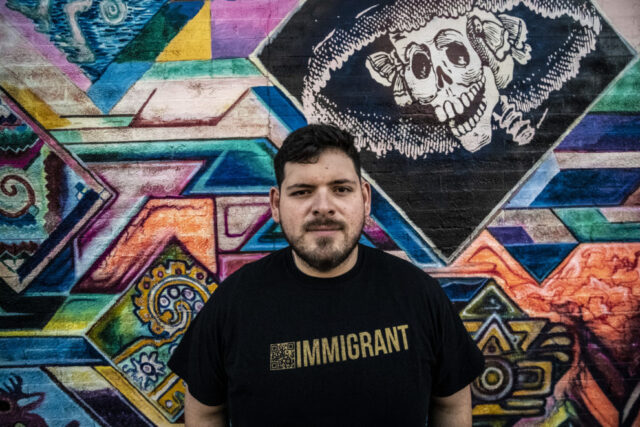 Back in January, we shared the story of Ruben Flores, a self-taught coder who graduated valedictorian from Riverside High School. Ruben created an app called CASHDROP to make it easier for small businesses to create a storefront and sell online directly from their smart phone.

The now Chicago-based CASHDROP got its first customer from Zocalo Food Truck in late 2019. Now the app is available in multiple cities across the country. Today, it was announced the CASHDROP has raised $2.7 million in a seed round led by Harlem Capital, a venture capital firm focused on investing underrepresented founders.

CASHDROP was incorporated by Ruben Flores-Martinez in January 2020 with the mission to “empower the dreamers” by making it easier and more accessible to start a business. Ruben immigrated from Mexico when he was 13.

“CASHDROP is looking to democratize and simplify digital commerce,” says Flores-Martinez. “Our app is 100% free to use for merchants. The idea that a business has to give away 30% of their revenue per order is not sustainable anymore. By eliminating predatory fees, maximizing online orders, and providing a seamless buying experience, we help create sustainability for businesses using CASHDROP.”

Despite finishing high school at the top of his class, he was unable to gain admission to college because of his lack of immigration status. Undaunted, Florez-Martinez instead taught himself to code via YouTube tutorials. CASHDROP’s mission is an homage to Ruben’s personal story about the challenges of being an undocumented teen determined to succeed, who eventually was able to later become a U.S. citizen.

Jarrid Tingle, Managing Partner at Harlem Capital, met Ruben in June 2020 and was “instantly impressed by Ruben’s story, vision, and strong product developed using minimal resources.” Tingle says that “CASHDROP has a massive long-term market opportunity. In the short-term, however, it has proved to be a platform that empowers restaurants and other merchants to adapt quickly to a new way of doing business during the global public health crisis brought on by the COVID-19 pandemic.”