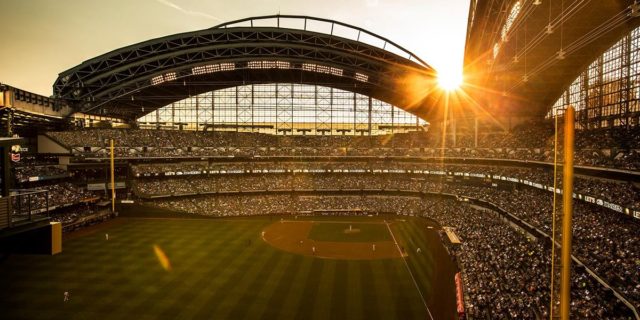 The Milwaukee Brewers are hopeful they can kick off their 2021 season with fans at the ballpark. The team has submitted a 350-page proposal to the City of Milwaukee health department that would begin the season at the newly rechristened American Family Field at 35% capacity, Brewers beat writer Adam McCalvy reports.

It’s not a done deal yet: the city still needs to review the plan. But there are signs the city is open to easing Covid-19 restrictions. Today four major Milwaukee museums announced they have the City of Milwaukee health department’s blessing to begin reopening next month.

35% capacity for the stadium would be about 15,000 or 16,000 fans, a number the team hopes will gradually increase throughout the season as circumstances allow.

In a statement, Brewers owner Mark Attanasio said he is confident the team can safely welcome fans. “We believe we can maintain social distancing throughout the entire ballpark,” he said.