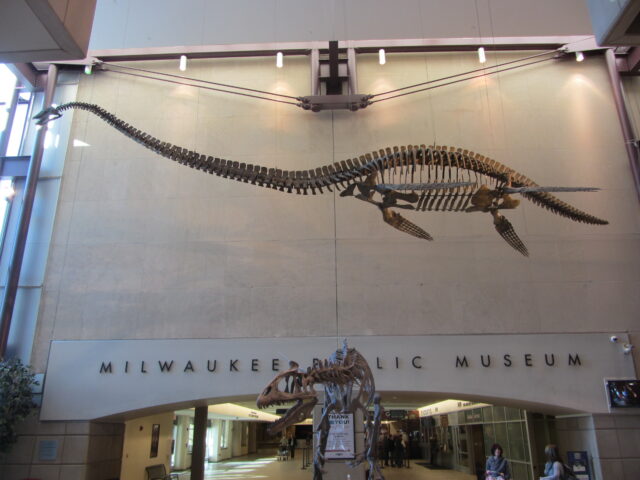 Earlier this month the Milwaukee Public Museum and Betty Brinn Children’s Museum announced a new plan to relocate to a new, shared downtown site. Now we where they’ll be moving: Just one block north of Fiserv Forum.

The museums will be located in a 230,000-square-foot building east of North Sixth Street, between West McKinley Avenue and West Vliet Street, the Journal Sentinel reported this afternoon.

The museum must still raise the money to purchase the properties, its president and CEO Ellen Censky told the Journal Sentinel. She says the new location will be big enough to host most of the museum’s collection, but some of its collection will be stored off site.

The museum began publicly searching for a new site in 2017, following a study that showed renovating its current building would cost more than $100 million — roughly the cost of building a new one.

The museum has operated out of its current, Milwaukee County-owned building since 1963.