Milwaukee’s Northridge Mall will be demolished

Milwaukee’s Northridge Mall will be demolished 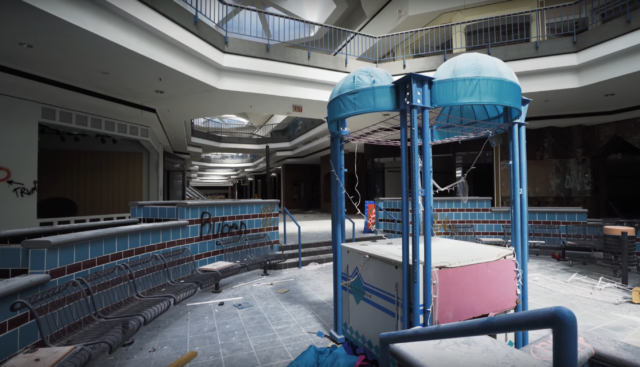 Milwaukee can proceed with its plans to demolish the former Northridge Mall, a County Circuit Court judge ruled yesterday. The mall’s owner, U.S. Black Spruce Enterprise Group Inc., had appealed those plans, but the judge ruled against them, saying the Chinese investment group had failed to keep the former mall in compliance with building codes.

The city had issued the demolition order for the mall last April. Months later a maintenance worker was fatally electrocuted on the property. The building had also been extensively vandalized and was widely seen as an eyesore.

Mayor Tom Barrett celebrated the decision to demolish its remains. “I am very pleased that we have reached this point in the process,” he said in a statement. “The dilapidated former mall had become a hazard, a threat to the health and safety of people in the immediate vicinity … The Northridge Mall site has great potential, and I am hopeful that potential can be realized in the not-too-distant future.”

Ald. Chantia Lewis, who represents the city’s 9th District, also cheered the news. “I have made the demolition and redevelopment of the longtime vacant eyesore mall property my top priority and I have partnered with residents and city departments to make it happen,” she wrote. “Together we’ve worked hard to keep these promises to the residents, and yesterday’s decision helps bring us one step closer to actualizing the goal — the goal of a New9th, a revitalized 9th, and bringing hope and steady progress back to the district.”

If you’re eager for one last trip through the mall, in 2019 some YouTubers filmed their trek through the vacated property, which is still filled with relics of the stores it once hosted. You can watch that video below.

It’s a far cry, though, from what the mall looked like in 1994, as captured in this cheerful archived footage.