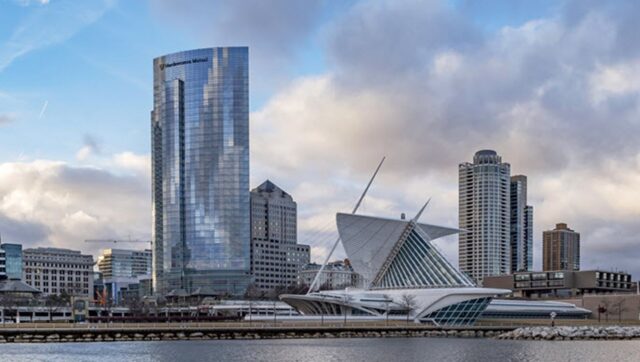 According to the press release, Black founders receive less than one percent of venture capital funding annually and Northwestern Mutual and gener8tor are committed to investing in and supporting Black entrepreneurs to help close this funding gap and advance their companies.

Northwestern Mutual is the first major Milwaukee company to make such a major commitment. However, other individuals and organizations have made similar commitments. Back in July, Nadiyah Johnson announced a $50 million fund to invest in Minority-led startups.

There have been many major companies that have gone beyond simple statements of supports to committing actually dollars to tackle systemic racism in venture capital funding like Netflix, Amazon, Google and most recently PayPal.

And there are organizations and individuals who keeping these companies accountable like Sherrell Dorsey founder of The Plug, an online publication that reports on the Black Innovation Economy. Dorsey created a spreadsheet to track tech companies’ statements and commitments to fight systemic racism. Dorsey will be a guest on an upcoming episode of 88Nine’s new podcast Diverse Disruptors.

There is also the site 100kPledge, which is a public social contract and tracker for professionals and organizations committing to Black communities’ economic empowerment through hiring, investment and donations.

What Northwestern Mutual is doing is a great start and I hope to see they collaborate with local groups who have been on the ground doing the work to support Black entrepreneurs and startups. I would also like to see more Black people get into venture capital. Organizations like HBCU.vc, Black Venture Institute and BLCK vc are committed to increasing representation of Black people in venture capital. According to BLCK vc, only 3% of venture capitalists are Black, with even fewer controlling the $100B+ invested annually in the U.S. Basically, who is better suited to invest in Black founders than Black investors. They know the problems and the opportunities in the communities they serve.