Scenes from this weekend’s peaceful protests in Milwaukee

Scenes from this weekend’s peaceful protests in Milwaukee 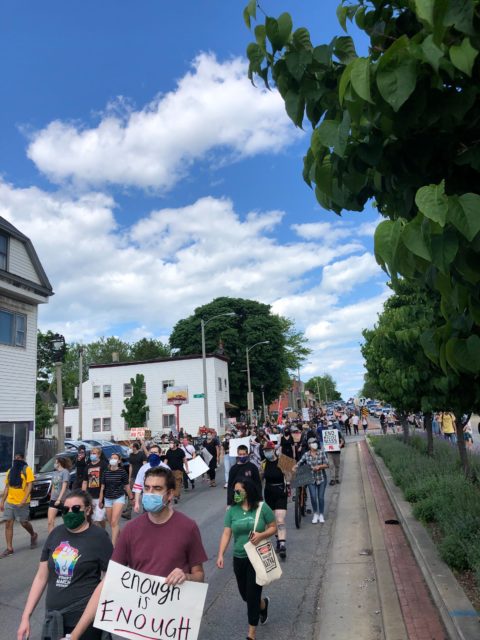 Milwaukee is one of just dozens of cities that have seen widespread protests in response to the death of George Floyd, an unarmed black man from Minneapolis who was killed after being pinned to the ground by four police officers last week. On Friday, we reported from a protest at 27th and Center streets, and those protests continued through the weekend. While some of the city’s protests have given way to unrest after dark, the majority of protestors have been peaceful.

These were the sights and sounds from one of Saturday’s protests, captured between 26th and 38th Streets and Wisconsin Avenue.