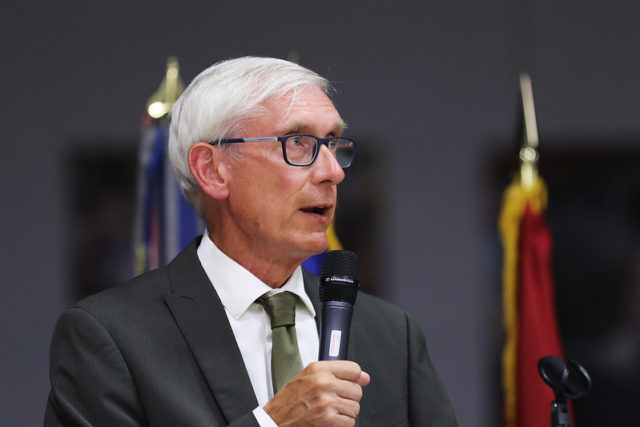 Wisconsin Gov. Tony Evers has ordered a ban on gatherings of 50 people or more, as the state continues its push to slow the spread of COVID-19. The order won’t apply to grocery stores, pharmacies, hospitals, food pantries and childcare centers, but will limit capacity at bars and restaurants.

The order came Monday as other states, including Illinois, have banned patrons from drinking and dining in bars and restaurants entirely. It will ensure smaller bar crowds ahead of tomorrow’s St. Patrick’s Day celebrations.

“Folks, it’s on all of us to practice social distancing and take every step possible to mitigate the spread of COVID-19,” Evers wrote in a tweet. “This isn’t a decision I made lightly and we understand this will have an impact on Wisconsin workers, families, businesses and communities, but keeping folks safe and healthy has to be our highest priority.”

Shortly before Evers’ announcement, the Department of Military Affairs announced the State Emergency Operations Center had moved to a Level 1 response, a move that brings all state agencies into a central location to better coordinate their response to the outbreak. It is the first time the center has moved to Level 1 in response to a public health emergency.

Health officials around the country have testified to the need to “flatten the curve,” slowing the spread of the virus through social distancing in order to prevent a spike in cases that would overwhelm the U.S. hospital system.