Get smarter about the Wisconsin Old Fashioned

Get smarter about the Wisconsin Old Fashioned 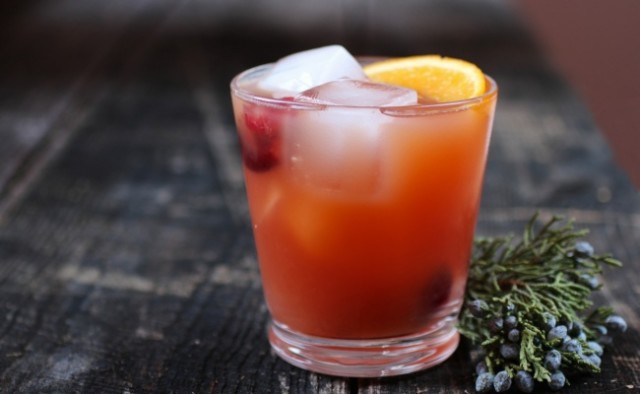 Milwaukee Cocktail Week kicked off yesterday. To celebrate, I thought I’d share some cool stories on the history of the Wisconsin Old Fashioned. Seems lots of folks — including the New York Times (see below) — are appreciating our drink of choice.

“Traditionally, the first use of the name ‘Old Fashioned’ for a Bourbon whiskey cocktail was said to have been, anachronistically, at the Pendennis Club, a gentlemen’s club founded in 1881 in Louisville, Kentucky. The recipe was said to have been invented by a bartender at that club in honor of Colonel James E. Pepper, a prominent bourbon distiller, who brought it to the Waldorf-Astoria Hotel bar in New York City.” (Wikipedia)

The Wisconsin Old Fashioned: An Abridged History from The Midwestival

Here is the “official” recipe for the Wisconsin Old Fashioned.

In a chilled old fashioned glass, muddle the sugar, bitters, orange wedge and cherry into a thick paste, careful not to work the orange peel. Add brandy or Cognac, stir, and fill glass with crushed ice and serve

– Old Overholt Rye or Rittenhouse Rye. (Anything fancier is pointless as the sugar and bitters will overwhelm more sophisticated ryes.)

– Coat bottom of glass with simple syrup (which I make myself, dissolve sugar into boiling water, a 1:1 ratio)

– Using a peeler, cut a piece of lemon peel about the size of a quarter. Use a match or lighter to lightly scorch the underside of peel, squeeze and put peel into drink. -Cherry optional. I use Forest Floor brand cherries.