The Pogues bottle the ‘Devil’ in their own Irish Whiskey

The Pogues bottle the ‘Devil’ in their own Irish Whiskey 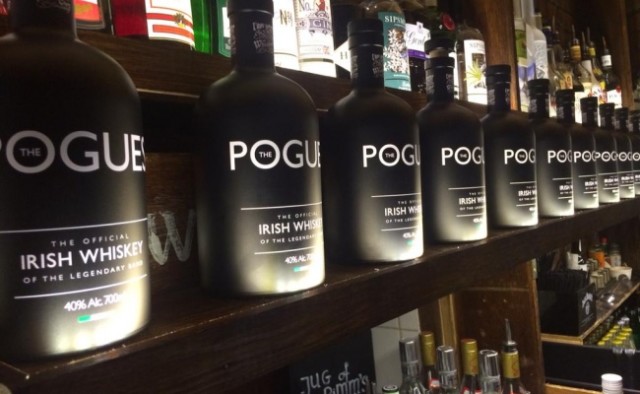 Do you remember The Pogues’ song “Whiskey You’re The Devil?” Well, the legendary Irish band has teamed up with the “Devil” for their own brand of Irish Whiskey call The Pogues. The band partenerd with West Cork Disillers to make their signature Whiskey.

The Pogues Irish Whiskey is targeted towards 25 to 35-year-old drinkers and is said to be Ireland’s highest malt-containing blended Irish whiskey, with 50% grain and 50% single malt liquid.

The whiskey, described as having a “malty and floral” flavour with notes of mild chocolate and citrus, was developed by distillers Barry Walsh and Frank McHardy.

“We wanted to create an Irish whiskey with global appeal, which isn’t without its challenges,” said John O’Connell, co-founder of West Cork Distillers. (via press release)

At the official launch party in the UK, special cocktails were created using the Whiskey, which was inspired by the music of The Pogues. Songs like “Fairytale of New York” and “Misty Morning Albert Bridge” were turn into cocktails named The Misty Morning and The Fairytale.

The Pogues Irish Whiskey will be available in the UK and US soon. Maybe we will see it at Irish Fest.