The top 10 cookbooks you need this holiday season

The top 10 cookbooks you need this holiday season 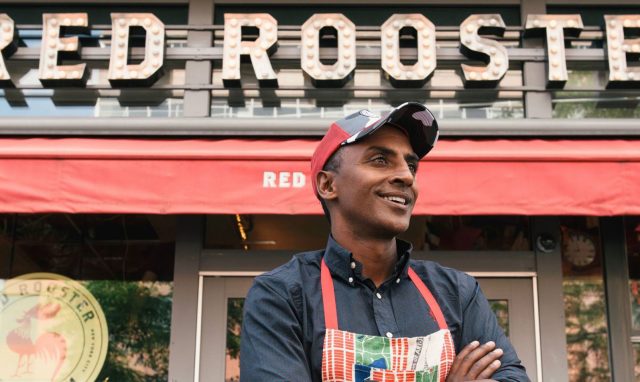 On this week’s episode, we talk about our favorite cookbooks of 2016.   We also discussed Milwaukee’s newest seafood restaurant, Third Coast Provisions.

Check out the cookbooks and listen to the podcast below.

Art of the Pie: A Practical Guide to Homemade Crusts, Fillings and Life (2016), by Kate McDermott

Not strictly recipes, but gets deep into the hows and whys of making pies. (For some of us, pie-baking is a spiritual thing.) Includes recipes for pies like banana rum caramel coconut; apple, cranberry, walnut; and poached pear, sour cream and caramel.

Dorie is the cookie virtuoso – a James Beard and IACP cookbook award winner. She worked with the famed French pastry chef Pierre Herme, and opened a pop-up cookie shop with her son in Paris. (She may be best-known for a cookie recipe – World Peace Cookies – from one of her previous books. She has done riffs on simple chocolate chip cookies and she also likes to push the envelope with her recipes. She truly “gets” the joyfulness inside this simple dessert.

Hygge (“heu-gah”) is the art of building a warm comforting sanctuary – which is essentially how Scandinavians get through a long, dark winter. The author is a Danish chef and food writer who has written another dynamic book called Scandinavian Baking. The recipes are for Scandinavian versions of comfort food, and I don’t mean lutefisk. Once I saw these recipes – for rye pancakes with berries and golden syrup, kale and pancetta tart and fishcakes with herb sauce and mint fried potatoes and cucumber salad, I knew I needed this book!

The Aleppo Cookbook: Celebrating the Legendary Cuisine of Syria (2016), by Marlene Matar

I’m psyched to see a book devoted to the culinary traditions of this Syrian city, which has been in the news for incredibly sad reasons. If you like Middle Eastern food, some of the dishes here be familiar, and if you like kibbeh (fried bulgur-meat patties), you’ll learn about 30 variations of it! This is part cultural tribute and part gastronomic feast.

How many cookbooks have an expletive (even “bleeped” out) in its title? The Thug Kitchen peeps have a cleverly done blog (and funny Instagram handle). The recipes are meant to be fast and easy ­– and (I’m afraid, Tarik) healthy too. But I like their style. (I almost didn’t put this book on my list, though, since they count Gwyneth “Goop” Paltrow as a fan…. )

Cooking from the Heart: The Hmong Kitchen in America (2009), by Sami Scripter

This book might have come out in 2009, but it is definitely a must-have for the season. This is the first-ever Hmong-American cookbook.

Cooking from the Heart is the first cookbook to clearly set out the culinary traditions of the Hmong people as well as the cultural significance such traditions hold. The recipes are accompanied by anecdotes, aphorisms, and poems that demonstrate the importance of food and cooking in Hmong culture and offer a dramatic perspective on the immigrant experience. Scripter and Yang outline diet restrictions and taboos as well as how herbs and foods are traditionally used for healing purposes.

My Two Souths: Blending the Flavors of India into a Southern Kitchen (2016), by Asha Gomez

Being from the South, I have a passion for the cuisine of my heritage.  The most interesting thing about today’s South  is the blending of different immigrant culinary culture with Souther cuisine.  In places like Houston, you can find Vietnamse-Cajun restaurants.  The cookbook My Two Souths looks at the food of the South and South India. There are recipes like lack Cardamom Smothered Pork Chop, Vivid Tomato and Cheese Pie, Kerala Fried Chicken and Waffles, Three Spice Carrot Cake.

My Two Souths takes you on a culinary journey with Chef Asha Gomez, from her small village in the Kerala region of southern India to her celebrated restaurants in Atlanta, and on into your kitchen. Her singular recipes are rooted in her love of Deep-South cooking, as well as the Southern Indian flavors of her childhood home. These “Two Souths” that are close to her heart are thousands of miles apart, yet share similarities in traditions, seasonings, and most importantly, an abiding appreciation of food as both celebration and comfort.

The Adventures of Fat Rice: Recipes from the Chicago Restaurant Inspired by Macau (2016), by Abraham Conlon, Adrienne Lo , and Hugh Amano

I have always wanted to go to Fat Rice in Chicago. Since I’m on a budget, I’ll do the next best thing and get the cookbook and make some of the dishes at home.

With 100 recipes, this is the first book to explore the vibrant food culture of Macau—an east-meets-west melting pot of Chinese, Portuguese, Malaysian, and Indian foodways—as seen through the lens of the cult favorite Chicago restaurant, Fat Rice.

The Artists’ and Writers’ Cookbook: A Collection of Stories with Recipes (2016), by Natalie Eve Garrett

Any cookbook that has recipes from my favorite writers Neil Gaiman and Nikki Giovanni needs to be on my bookshelf.

The Red Rooster Cookbook: The Story of Food and Hustle in Harlem (2016), by Marcus Samuelsson

This cookbook by James Beard award-winning chef Marcus Samuelsson is not about recipes from his restaurant in Harlem, but it is the story of Harlem told through food.

When the James Beard Award-winning chef Marcus Samuelsson opened Red Rooster on Malcolm X Boulevard in Harlem, he envisioned more than a restaurant. It would be the heart of his neighborhood and a meet-and-greet for both the downtown and the uptown sets, serving Southern black and cross-cultural food. It would reflect Harlem’s history. Ever since the 1930s, Harlem has been a magnet for more than a million African Americans, a melting pot for Spanish, African, and Caribbean immigrants, and a mecca for artists.