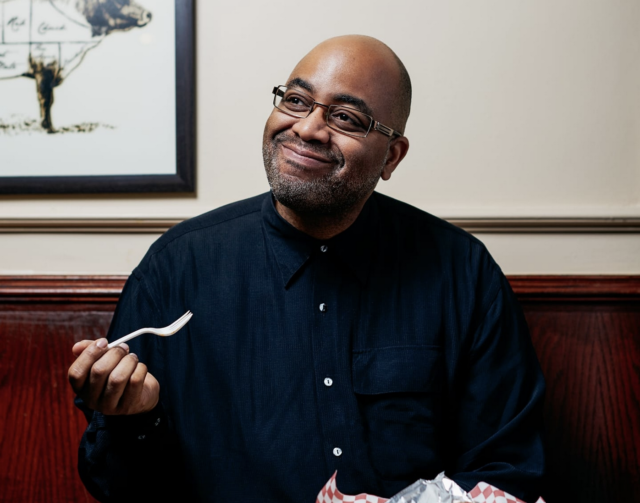 For this week’s episode of Milwaukee’s longest running culinary podcast, we’ve got something extra special: an interview with food writer, James Beard Award winner and certified barbecue judge Adrian Miller. He just published his third book, “Black Smoke: African Americans and the United States of Barbecue,” this spring, and he appeared on the excellent Netflix series “High on the Hog.”

Miller will be speaking on Sept. 9 at Culture Clash, an event curated by This Bites in conjunction with Milwaukee Film and hosted by me. It’ll take place at the events space Dandy, 5020 W. Vliet St., at 6 p.m.

Shorewood is about to get a new fine dining and cocktails spot. Buttermint Finer Dining & Cocktails is the new concept from the owners of Blue’s Egg, whose second location of their brunch spot at 4195 N. Oakland Ave. closed last April.

In its place they’ve planned a restaurant inspired by the food of the early 1960s, according to a press release. There’s no word on what’s on the menu yet, but the owners say the spot could be open as soon as November.

The Lafayette Place will cater to East Side vegans

The owners of The National Cafe are planning a new vegan spot to the East Side called The Lafayette Place. It’ll open late this summer or early this fall at 1968 N. Farwell Ave., in the spot that was previously home to the vegan restaurant Celesta, OnMilwaukee reports.

In addition to vegan sandwiches and burritos, The Lafayette Place will have vegan interpretations of a Full English breakfast and one of The National’s best sellers, the Vegan Brekkie Sammy featuring a vegan sausage patty, a hash brown, melted vegan cheese, guacamole and chipotle sauce on toasted pretzel bun.

Hear us talk about all that and more on this week’s episode.