Are these the best burgers in Milwaukee?

Are these the best burgers in Milwaukee? 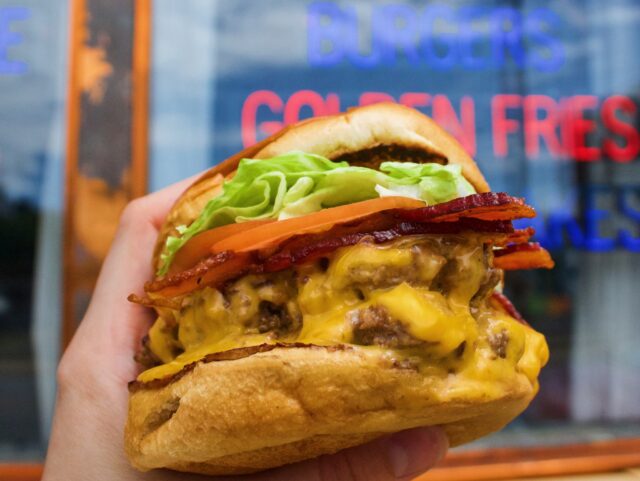 On this week’s episode of Milwaukee’s longest running food podcast, we’re talking about Ann’s search for the best burger in Milwaukee — which also includes a recipe for her own ketchup. We also have some news coming out of Sanford, Eldr+Rime and Milwaukee Film Festival, which is featuring some films related to food as part of its new virtual programming.

Ann has a piece on Milwaukee Magazine about her search for the best burger in Milwaukee. She came up with a bracket so readers could decide which burger was their favorite. She featured 16 burgers, mostly from independent restaurants, but also from a few chain restaurants like Culver’s. “There are burgers on this list that I could probably eat every day,” Ann says, “and one of them is the DiploMac from the Diplomat.” She also shouts out the Crave Cafe in Shorewood and its kimchi burger.

Ann also assures us that making your own ketchup is really easy. You just use tomato paste (or fresh or canned tomatoes if you prefer). It’s an easy way to avoid the corn syrup that’s in commercial ketchup.

Sanford is doing something really unique. The acclaimed restaurant has been doing curbside since the pandemic began, with no indoor service, and they’ve really been shaking up their curbside menu. Now they’re offering a craft menu filled with surprises and favorites from the past.

Give them two days, and they’ll craft a four-course meal just for you. It allows you to create something pretty special using local ingredients from local farmers and vendors.

Eldr+Rime, a Scandinavian-inspired hotel restaurant in Wauwatosa, has launched a new brunch menu, and it’s impressive. In true Scandinavian fashion, it’s seafood-heavy. You can get lox on rye, for instance, or king crab benedict. There are also scones and a breakfast burger with smoked onion jam. Amazingly, you can also get a 32 ounce tomahawk steak (served with three sunny side up eggs!) if you’re really hungry. Sides also include something called a crab Slim Jim, which we can only imagine. There’s also a s’mores bar and a raw bar — pretty incredible.

Hear us discuss all that and more on this week’s episode below.