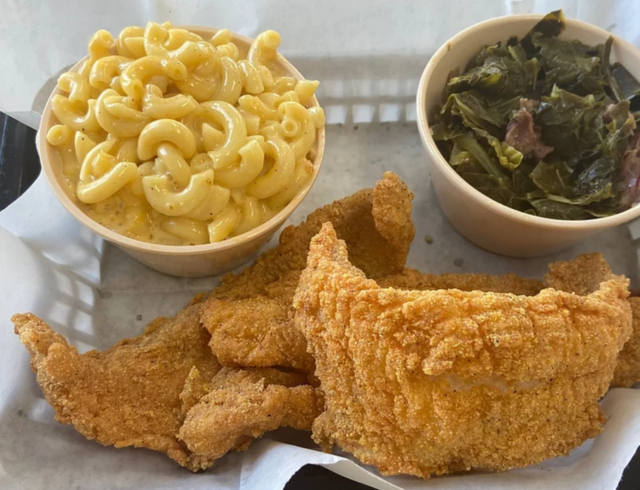 On this week’s episode of Milwaukee’s longest-running food podcast, we’re talking about a really cool story in the latest issue of Milwaukee Magazine about how to host a non-traditional Thanksgiving. We also talk about a new soul food restaurant, and Ann shares a review of the new pasta restaurant Sorella.

Ann has a piece in Milwaukee Magazine about how to hold a special Thanksgiving for just your own household. People probably don’t want to cook a huge turkey if they’re only cooking for two or three people, so Ann offers some other suggestions. She shares recipes for turkey saltimbocca, roasted autumn vegetables (including parsnips and brussels sprouts) and a very unique stuffing.

The turkey saltimbocca is a spin on the classic chicken saltimbocca using turkey cutlets, fontina cheese and prosciutto. The stuffing, meanwhile, uses quite a bit of sausage.

There’s a new soul food restaurant on the East Side on Farwell. A new location of Arlanderz Soul Food has opened, and it specializes in favorites like chicken and waffles. It has many fried fish dishes, too, as well as smothered pork chops.

The sides look fantastic, too. They include fried green tomatoes, mac and cheese and collard greens. They also specialize in hot sauces, and have one made with root beer.

Also on this episode, Ann gives her verdict on a new pasta restaurant in Bay View called Sorella, and she concludes that these chefs really know what they’re doing.

Hear her verdict, as well as some hot takes about sardines, on this week’s episode below.