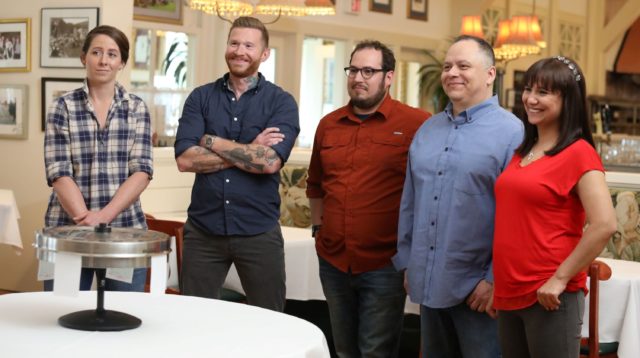 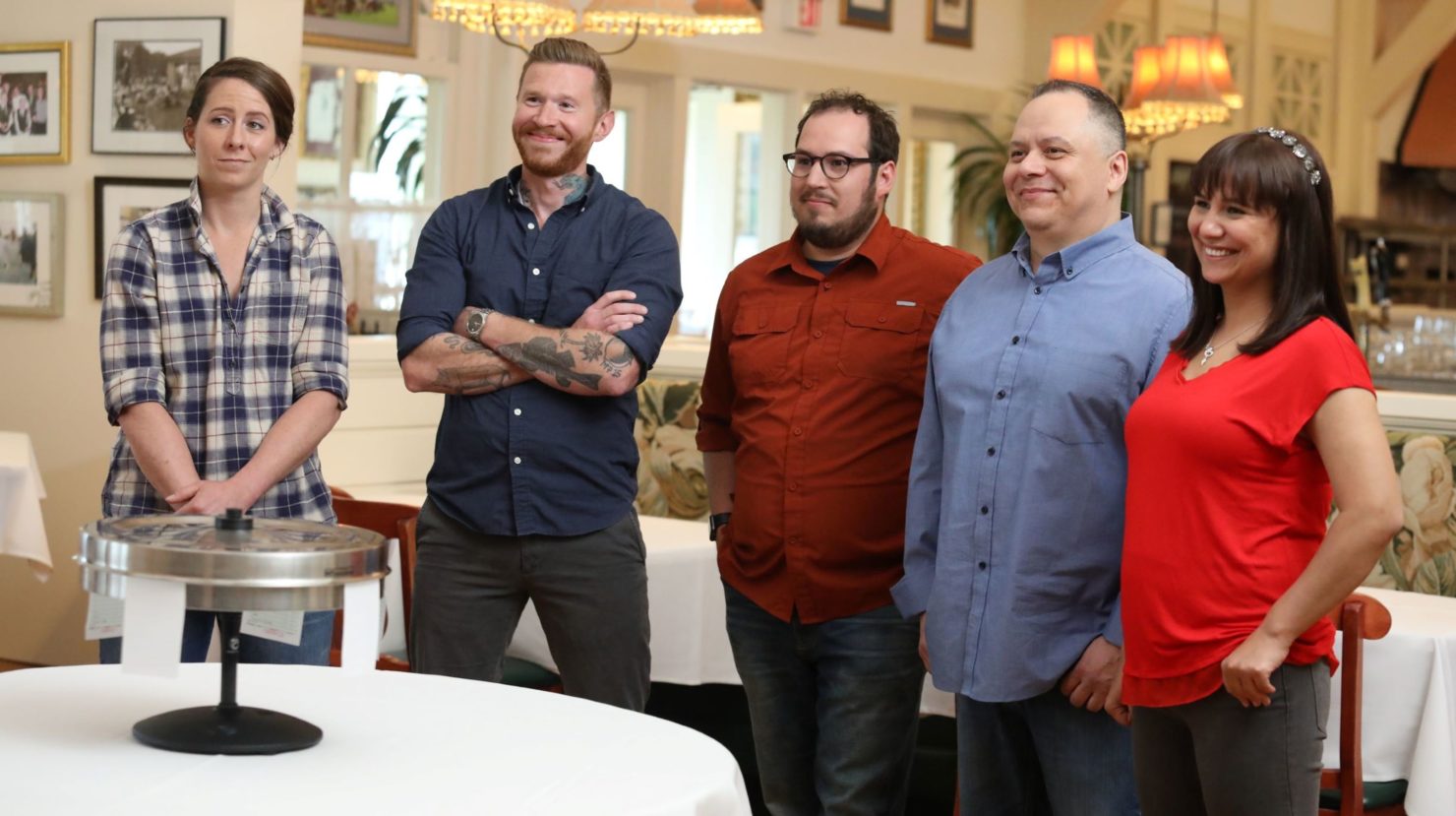 There’s a new show on the Food Network called “Bite Club.” It’s hosted by Tyler Florence of “Chopped” who goes across the country bringing five local chefs together in each city to compete against and judge each other in a kitchen none of them have ever worked in before. A game of chance picks two chefs to judge and three chefs to compete in two rounds of a fight club-style bracket to compete one on one until a winner emerges to claim hometown bragging rights. At least that’s how we think it works…neither of us have actually seen it yet.

But the reason we will watch it is because there’s a new episode shot in Milwaukee. It features local chefs Barkha Limbu Daily from the cheel, Caitlin Cullen from The Tandem, Aaron Patin from Iron Grate BBQ, Matt Kerley from Bodegon in Hotel Madrid and Frankie Sanchez from Sabrosa Café & Gallery competing inside a “classic French restaurant” (it’s Lake Park Bistro).

The episode is called “Taming and Flaming Wild Boar” and we couldn’t be more intrigued. The episode aired September 27, 2018 and you can stream it now here.

Anyone who knows me knows that I’m a tech nerd and that I’m from Atlanta. So I want to talk about a new app that was developed in my hometown that uses blockchain technology to help cut food waste, which is a huge issue we’ve talked about before.

Goodr might have a solution. Jasmine Crowe founded this sustainable food waste management company and figured out how to reduce food waste and combat hunger by using the tech to figure out where surpluses of food are and distribute the food to people who need it. It helps businesses achieve zero food waste, save money through tax deductions and empower their community through the donation of edible food. The platform provides the logistics, analytics and security against liability for businesses to take control of their food waste and track deductions to save money doing it.

And the model is working in Atlanta. We’d love to see this in Milwaukee.

Our favorite part of the Milwaukee Film Fest (October 18-November 1) is the Film Feast category. These fiction and documentary films will explore and celebrate the culture of gastronomy. Here’s the full list of food films. Make sure you watch them on a full stomach or get snacks.

Festival De Pulpo is a tradition in Spain to celebrate the use of octopus in the local cuisine of Galicia. On Sunday, September 30, Hotel Madrid, MOVIDA and Paella Police are partnering with Goodkind, Maison and Glenfiddich to bring the pulpo (and whiskey) to Milwaukee.

A new spot for wings near UWM on Oakland and Locust is now open. Based on the location, it sounds like it would be a fried, greasy late-night spot, but Good Land Wing Company’s approach is different. For a healthier option, everything here is baked, not fried. We’re a bit skeptical, but good, crispy baked wings are possible. We’ll have to see what kind of methods are in Good Land’s recipe. We’re excited to try it out. The menu sounds promising.

The first rule of “Bite Club” is that you’ve got to watch “Bite Club” when it comes to your hometown. The Food Network’s new traveling cooking competition show just featured our city and five of our local chefs in an episode. So Milwaukeeans, you know what to do.

Listen to the podcast and read more below to hear about what’s new in Milwaukee dining like our “Bite Club” episode, Goodr, Milwaukee Film Feast, Festival Del Pulpo and the Good Land Wing Company.