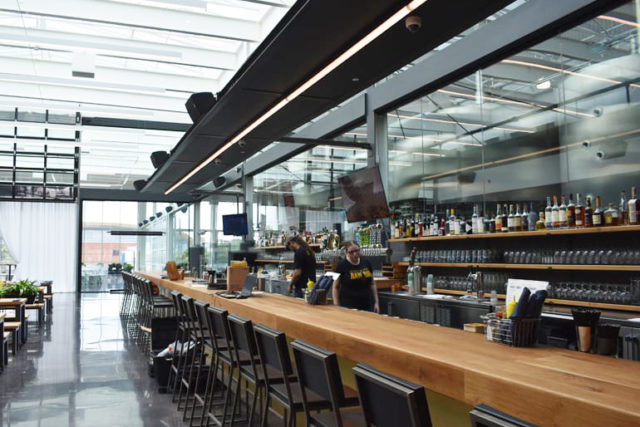 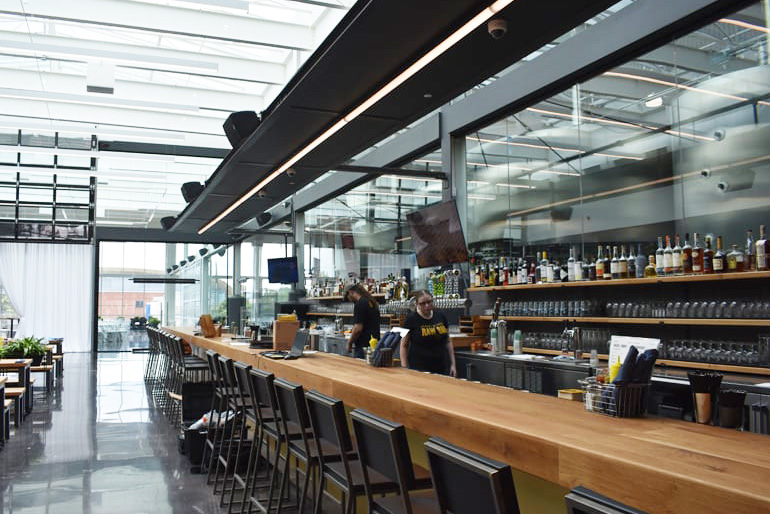 We’ve been keeping an eye on the Pabst complex for awhile. New on campus Milwaukee Brewing Company and Glass + Griddle, their sleek, modern take on a beer hall restaurant. This is part of a much larger revitalization project on the Pabst grounds, which are right near the new Bucks arena. The new brewery and Glass + Griddle are both inside a redeveloped building called The 42, which was formerly used as a Pabst warehouse. Creating and executing the culinary side of Glass + Griddle are executive chef Kyle Toner (previously of Wolf Peach) and chef de cuisine Daniel Pope, previously of Miller Time Pub & Grill.

We’re also getting a new supermarket option downtown called Urban Market. It’s going into Milwaukee’s increasingly bustling business hub by the new Northwestern Mutual. More specifically, it will have the ground floor of  7SEVENTY7, Northwestern Mutual’s new 35-story luxury apartment complex. If Urban Market sounds familiar, you’re probably thinking of Fresh Market in Madison, owned by the same people, Maurer’s. It will be modeled after that location, offering a full-service grocery store that caters to commuters, students and residents in high-density traffic areas. It will have things like fresh produce, meats and seafood, an in-house bakery, deli and sushi bar, cheese and frozen foods, chef-prepared meals, including grab-and-go and ready-to-heat options.

Our culinary development senses are tingling in both of these hot spots. We’ll be watching them for new bars, restaurants and food retailers.

Tomatoes will fly this Saturday on Milwaukee’s East Side. Twelve years ago, Milwaukee was the first in North America to host a rotten tomato fight, inspired by La Tomatina in Spain. Now it’s a tradition—throwing 8,000 pounds of rotten tomatoes at each other for charity. It’s free to watch, but it costs $10 to enter the ring and get a pair of very necessary safety goggles. All of the proceeds go directly to the Riverwest Food Pantry. Get more information here.

Indian Summer Festival is back on the Summerfest grounds this weekend from Friday to Sunday. There will be traditional pow wows, a prayer ceremony and foods like Indian brats, hull corn soup, wild rice, frybread, venison chili, buffalo burgers, Indian tacos, bison nachos and more.

Food trucks return to South Milwaukee on September 9 at South Milwaukee’s Downtown Market. The trucks will park from noon to 4 p.m. where you can load up before the evening Packer game. And the list of food vendors are not the usual suspects. All About Tacos, Anytime Arepa, Boba Dough, Cupcake-a-Rhee, Firewise BBQ, La Guacamaya, Marco Pollo, Musa Ice Cream, The Rolling Cones and Timber’s BBQ will all be there.

To us, when we hear about new building development in Milwaukee, we get excited about the new restaurants and food options that will undoubtedly follow. Today we’re looking at culinary news in two spots in particular: the Pabst complex (which happens to be near another up-and-coming area by the new arena) and Northwestern Mutual’s new downtown hub.

Listen to the podcast and read more below to hear more about a new urban grocery store, Glass + Griddle, the Tomato Romp, food at Indian Summer and a South Milwaukee food truck event.