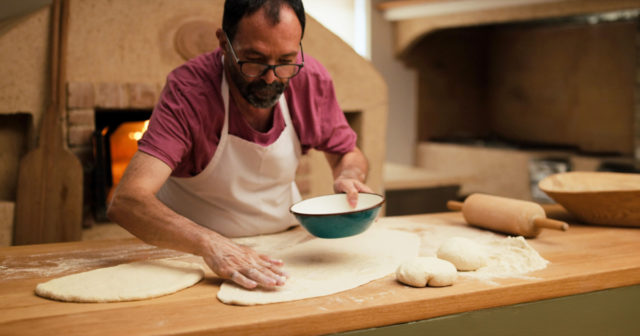 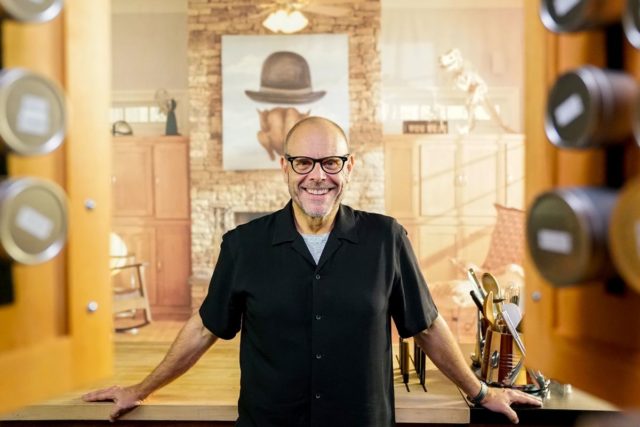 “Good Eats” is back! With each edition of the Food Network’s “Good Eats: Reloaded,” the show’s creator Alton Brown will be renovating, updating — and in some cases, repairing — classic episodes of the long-running series. The first show was already pretty good, but Brown thought he could do more. As he puts it in the trailer, “What can I say? It was the ’90s.”

This expanded version will have a lot more focus on techniques, so we’re excited to learn something new.

“Good Eats: Reloaded” premieres Monday, October 15 at 9 p.m. with episode one, titled “Steak Your Claim: The Reload,” where Brown revisits his classic steak show with an entirely new recipe for a reverse-seared ribeye steak. He also reviews thermometer basics, how to cure a cast-iron skillet and why pre-salting meat can be the right thing to do.

After a lot of outcry over the previous seasons, the fifth season of “Chef’s Table” is finally featuring several chefs of color, almost all of whom are women. The new season dropped on September 28 and it features some great chefs like Cristina Martinez, Bo Songvisava, Musa Dağdeviren and Albert Adrià. We’re excited to binge watch these episodes which have the potential for some very smart, layered and enlightening explorations of more diverse voices, foods and experiences in these new episodes.

Also October 25, dine in the Miller Caves and see for yourself if those ghostly rumors are true. There you can get in the “spirit” with a five course halloween-inspired dinner with Miller beer pairings. Get more information here.

Witches, wizards and muggles alike—hold on to your Nimbus 2000 and get ready for a night of well-mannered frivolity because Shully’s is hosting a pop-up Harry Potter dinner on Friday, October 26 at 6:30 p.m. There will be potions classes, Quidditch toss, Potter trivia and of course, a three course feast in the Grand Hall. Check out the full menu and get tickets here.

Besides apple picking, there are plenty other food-related fall activities to put on your seasonal to-do list, like going to a halloween-themed pop-up dining event. Or if you prefer to stay in, you can cozy up to watch some cooking shows.

Listen to the podcast and read more below to get the low down on the cooking shows we’ll be watching and pop-up events we’ll be attending this season.