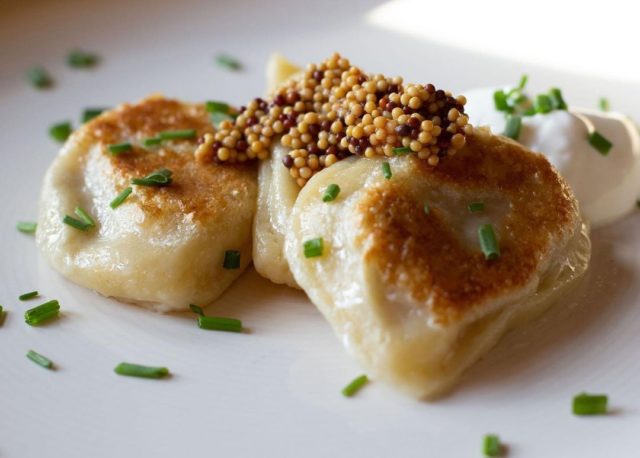 On this week’s edition of This Bites, we’re talking about a pop-up that serves a classic hot dish. We’re also looking at 2021 food trends, an interesting new cafe that opened up in Greendale, and news of a new Egg & Flour location. We also have some unfortunate closings to report.

Hot Dish Pantry pop-ups are a new concept from chefs Nathan Heck and Laura Maigatter, who worked at Braise Restaurant. The inaugural Hot Dish Pantry pop-up was held at Hawthorne Coffee Roasters,  4177 S. Howell Ave., yesterday, and there will be another one Jan. 28 from 5 to 7 p.m.

After those pop-ups, Hot Dish Pantry will create weekly menus of refrigerated, frozen and pantry items, including comfort foods like pierogi, calzones, personal pan pizzas, as well as snacks and other hot dishes. They have mushroom and kraut pierogi and also crab rangoon, which has become really popular over the last few years. There are also a variety of soups, including a roasted vegetable one; they also have flavored oyster crackers.

Bloomberg has a new article predicting the big food trends of 2021, and they all seem to check out — we’ve seen some of these trends take root in Milwaukee already. One of them is pizza, which seems like it’s become a big pandemic food. A number of Milwaukee restaurants are offering pizza nights and pop-ups.

Another trend they predict is soy sauce. Many restaurants have been selling soy sauce, and some gourmet restaurants have launched their own lines of soy sauce. And one other trend: super fruits. Apparently there are a few fruits we’ve never heard of vying to be the next acai. The article also predicts more collaborations and pop-ups between chefs.

Greendale said said hello to Dia Y Noche (6601 Northway), which is two restaurants in one: a combination bakery/café during the day that’s called Dia and a full-service Caribbean and Central and South American restaurant open at night called Noche.