How much should you tip these days in Milwaukee?

How much should you tip these days in Milwaukee? 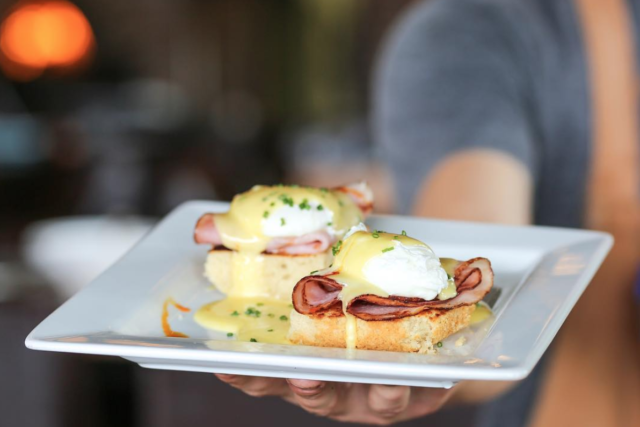 There are a lot of articles out there about how tipping actually hurts the server or how its history is twisted, even racist.

While these things may be true, not tipping will also hurt the server because whether or not it’s fair, the tipped minimum wage still exists. So until restaurant workers have a better wage, you gotta tip.

Ann did some research for an article in Milwaukee Magazine and found that according to The Emily Post Institute, tipping 15-20 percent on a sit-down restaurant meal is still recommended. And unless service is really terrible, we tip 20 percent anytime we’re at a place with a server that comes to your table.

And when service is exceptional (or a delivery driver is out in extreme conditions for example, like when I ordered food in the recent snowstorm), you can always tip more.

But what about fast-casual counter-service joints, food trucks and places that add gratuity to the bill you ask? Well, the last one at least is easy. You don’t have to tip twice.

As for counter-service, where you’ll often pay with a Square or other mobile app, Anne says this:

“Per Eater’s recent ‘definitive’ restaurant tipping guide, 20 percent is your go-to. Why? Because workers are sharing the burden of taking and running orders, busing tables and keeping the place clean. Coffeehouses? Not necessary to tip, says Eater, but a buck or two per order is an extra token of appreciation. Food trucks? Not mandatory, but again a dollar or two to show recognition. Bars? The Eater guide advises a dollar per drink at a dive bar and 20 percent at a cocktail bar.”

The Year of the Pig is almost upon us and DanDan is celebrating the new year for three nights, January 31-February 2. Dinner is 4-10 p.m. and they’re serving a special four-course menu, featuring pork and Chinese chive dumplings and a Cantonese pork belly. And on February 5, they’re celebrating the Year of the Pig with a pig roast celebration from 6-10 p.m. DanDan is taking reservations for both, though if you’ll be there on the fifth, make sure to request the pig roast if that’s what you’ll be eating.

I.d. at The Delafield Hotel

Also on February 5, the I.d. restaurant in The Delafield Hotel will be flipping the restaurant to go back to the days of the classic supper club with a special, swanky menu. Chef Joe will be putting his spin on club staples like the relish tray and prime rib.

Safe House is hosting an anti-Valentine’s Day party called Operation: Bang and Burn. They’re asking that you “bring an item that reminds you of your ex to destroy in a fiery inferno.”

This Valentine’s Day, Strange Town will be cooking and serving a track-by-track rendition of the Smiths classic “Strangeways, Here We Come” LP! Get more info about the prix fixe menu and reservations here.

A conversation on tipping in Milwaukee restaurants, coffee shops and food trucks

We get asked a lot about tipping. Ann was recently asked, “Is 20 percent still the going rate for tipping? What about fast-casual counter-service joints, food trucks and places that add gratuity to the bill?” In this episode of This Bites, we answer.

Read more and listen to the podcast below to hear more about tipping etiquette, where to eat in Milwaukee on Valentine’s Day and news from Dan Dan, I.D. Supper Club.