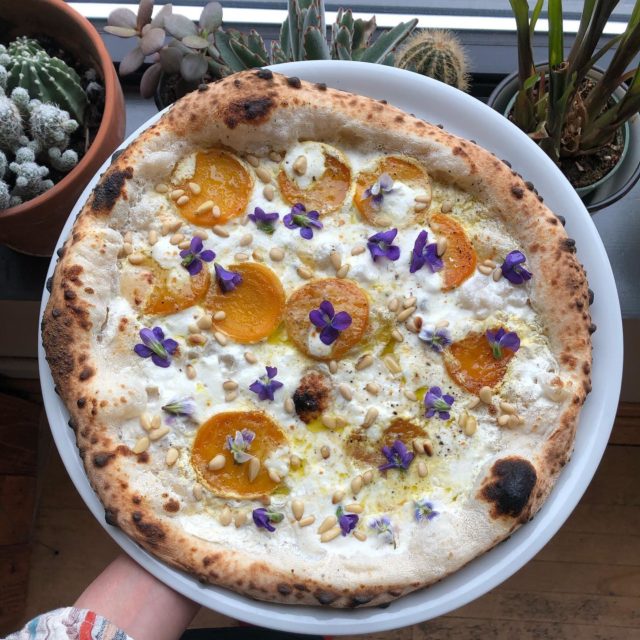 On this week’s edition, we’re talking about Ann’s article about three foods that made Milwaukee famous, where to get locally made pizza during the pandemic, some amazing Milwaukee-area Chinese restaurants, a new Italian restaurant, unusual maple syrup and, of course, our cookbooks of the week.

We kick things off by talking about those three iconic Milwaukee foods, which include Usinger’s sausage, Buddy Squirrel candy, and Ma Baensch’s pickled herring, a food Ann says she hated as a kid, when she remembers her parents would eat it for special occasions (they ate it on Triskets). But she’s learned to appreciate that herring as an adult.

A lot of pizza places are offering curbside pickup right now, and Ann did a roundup on where to get some great pizzas right now. Pizza Man, with its locations in Wauwatosa and the East Side, is still going strong. Transfer Pizza and Lisa’s Pizza are, too, as is Tenuta’s, Classic Slice and Santino’s Little Italy in Bay View. And the Anodyne in Bay View, which serves incredible brick-oven pizza, is offering pizza to go. They always make great use of whatever’s fresh and in season. So you’ve got options, Milwaukee.

On a sadder note, there’s been a spike in racist incidents against people of Asian descent since the pandemic began. Ann thought she would counter that by creating a list of some of her favorite Chinese restaurants in the area. Jing’s is among them, and they offer an authentic menu in addition to an Americanized one (you have to request it, but it’s worth it). Emperor of China, a favorite on Brady Street, is open, too, as is East Garden in Shorewood. Fortune Restaurant in West Allis is another pick, and those are only the tip of the ice berg.

Hear us discuss those topics and more — including a new Bay View Italian spot called Sorella, and a family owned maple syrup shop called Tapped that offers some really interesting infused flavors of maple syrup, including an espresso and an Old Fashioned cocktail one — on this week’s episode below.