Through chefs he mentored, Joe Bartolotta’s legacy lives on in Milwaukee

Through chefs he mentored, Joe Bartolotta’s legacy lives on in Milwaukee 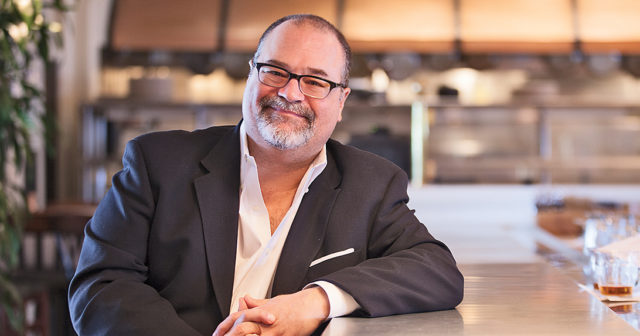 Joe Bartolotta, president and co-owner of The Bartolotta Restaurants, passed away at age 60 on Tuesday, April 23 peacefully in his sleep.

On today’s episode of This Bites, Tarik Moody and Ann Christenson dedicate the entire podcast to Joe Bartolotta. They discuss his impact and the culinary legacy he left behind in Milwaukee.

Listen to the special edition of This Bites below.

Bartolotta grew up in Wauwatosa and gained culinary experience during his time spent in New York City. His lived by the idea that classic, traditional restaurants always win the hearts of guests. His ideology was simple — fresh and classic ingredients with a focus on service, says Christenson.

Joe Bartolotta was respected and admired among Milwaukee community members. His legacy and contribution to the culinary world in Milwaukee cannot be understated.

Joe Bartolotta and his wife, Jennifer, were members of the Wisconsin Humane Society. He spent his time supporting and advocating to end animal cruelty. He also was on the MATC Board for Culinary Arts, where he influenced future chefs.

“Joe served on an advisory committee helping keep our programs relevant to the industry and personally helped design the dining room and kitchen of our Cuisine Restaurant and our International Foods Lab,” according to a statement from MATC President Dr. Vicki J. Martin.

As a management company, The Bartolotta Restaurants employs roughly 1,000 individuals. They also assist on helping restaurants open at the Mayfair Collection and Milwaukee Airport, focusing mostly on training and development.

Some of your favorite restaurants throughout Milwaukee may be operated by chefs who were personally affected by his mentorship. Here’s a short list of the culinary talent he helped develop:

Joe Bartolotta’s funeral will be held on Saturday, April 27 at 10 a.m. The service will be held at The Riverside Theater, 116 W Wisconsin Ave.

According to The Bartolotta Restaurants site, guests are requested not to wear black attire at the service.

For those who can’t make it, the entire service will be live streamed on The Bartolotta Restaurant’s Facebook page.