Kin brings innovative sushi to the heart of Wauwatosa

Kin brings innovative sushi to the heart of Wauwatosa 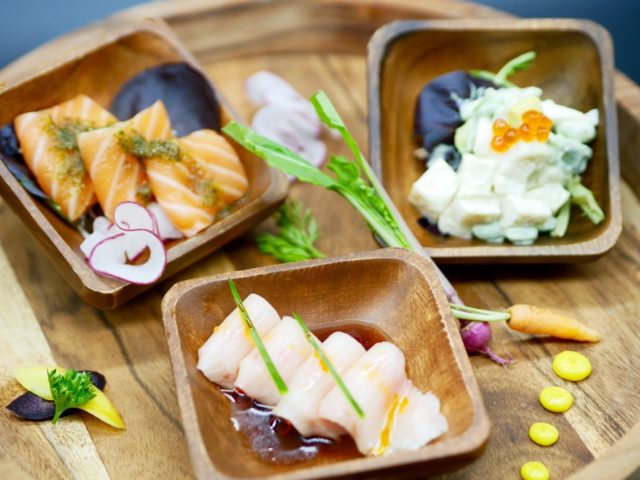 On this week’s edition, we’re talking about sushi in Wauwatosa, meat raffles, new flavors of pies, barbecue and hamburgers.

Ann did a review of a new sushi place in Wauwatosa called Kin by Rice and Roll. She shares the story of how the restaurant came to be. It’s a cool space: The color scheme has moodier blues and grays than its sister restaurant Rice and Roll, and the menu is bigger. The chef uses bacon in the cuisine, and even in maki rolls. He’s also doing more pickling. Highlights include an appetizer called Dip Dip, which is a spin on ceviche. There’s something called Flaming Tuna Sushi Rice, too. Expect a lot of bright flavors.

Mr. Dye’s Pies has come up with a new flavor. It’s called Blueberry Hill: a blueberry pie infused with fresh ginger and orange zest. We discuss all of that, as well as a tasty-sounding barbecue pop-up, in this week’s episode. Stream it below.