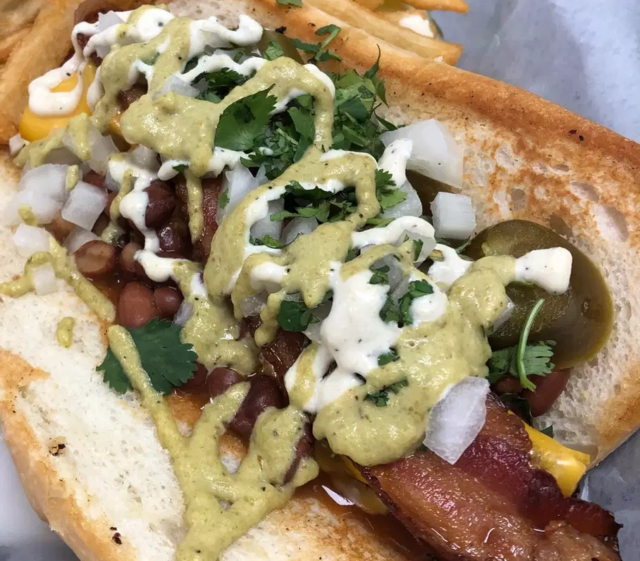 On this week’s edition of This Bites, we’re talking about a new spot for hot dogs and sausages and sharing news of some big changes at Birch & Butcher. And we close the episode by previewing an interesting upcoming Netflix show called “High on the Hog” that promises to examine food and race.

There’s a new restaurant on the East Side called Louie’s Char Dog and Butter Burgers, and it’s moved into the spot at 2336 N. Farwell Ave. that was previously the Asian restaurant Bee’s Cuisine.

We can’t get over how huge the menu is. It includes plenty of traditional favorites, like a Chicago dog and butter burgers, of course, but it also has a surprisingly massive vegan selection, including a roasted charred vegan carrot dog. There are also red hots and Korean sausages. There are even birria beef sandwiches and Italian beef sandwiches.

And if that’s not enough for you, they also have all kinds of fish. This is one of the bigger menus we’ve seen in a while.

Birch & Butcher is reinventing itself. The new restaurant at 459 E. Pleasant St. will simply be called Birch, and it will open in June with a new menu from a new chef. The location’s signature hearth will still be a centerpiece of the restaurant, but the owners say the new menu will take more of a seasonal approach, with seasonal cocktails and a solid wine list.

What’s replacing the “Butcher,” you ask? That space that was previously a butcher shop will now be used as a bar.