For food as fresh and creative as the atmosphere, head to Merge in Milwaukee

For food as fresh and creative as the atmosphere, head to Merge in Milwaukee 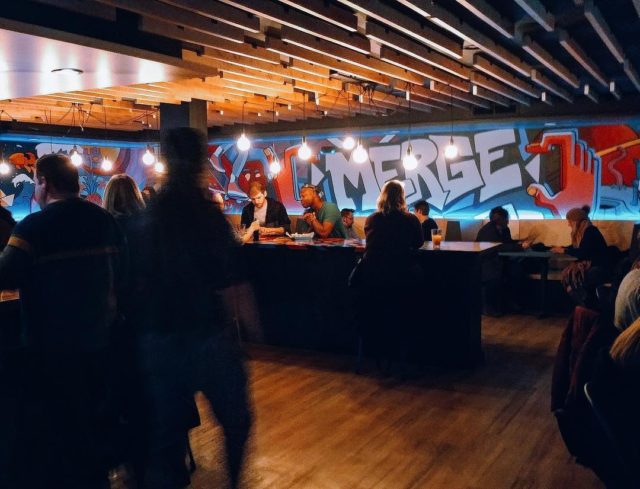 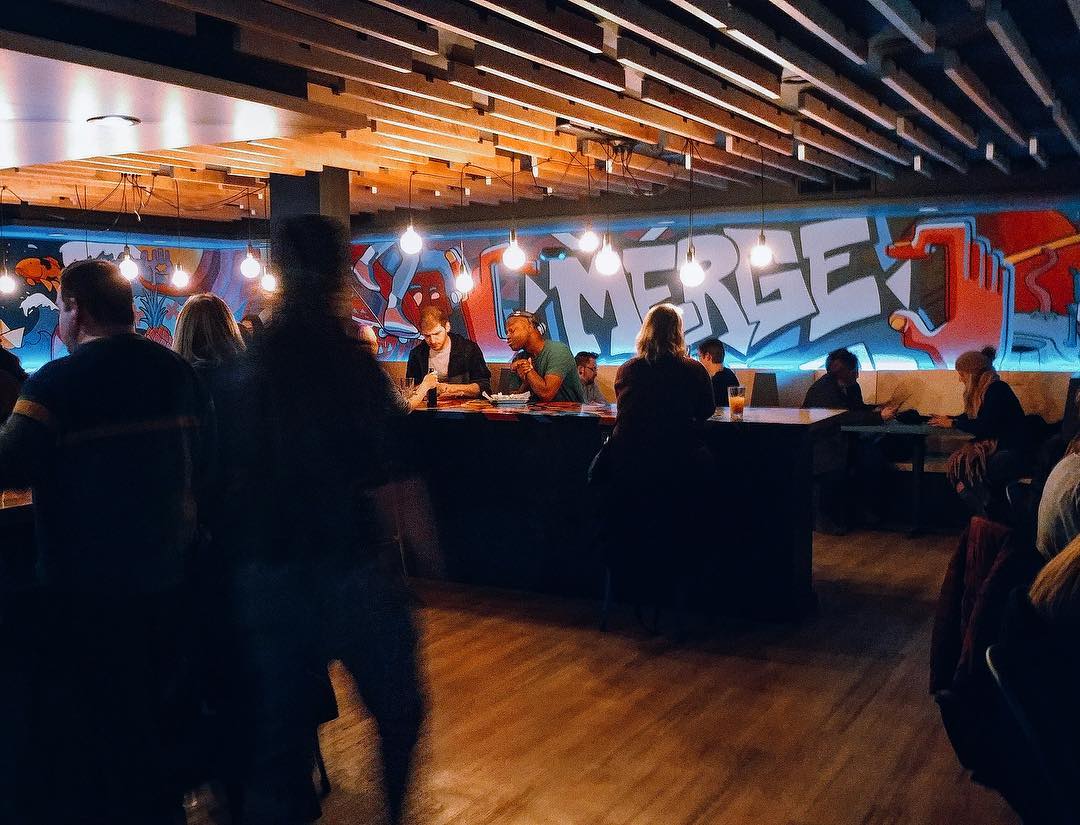 Merge, a new Korean Fried Chicken spot, is now open in the former space of Yokohama on the East Side. It’s owned by the same people as Char’d in the Third Ward. They know Korean fusion—and style. Merge takes a very creative approach to the space and the menu.

Because of the lounge areas, two bars, a food window and the flow and movement all of that allows, the place reminds us of the trendiest L.A. food halls, except it’s only one restaurant. The murals and posh furniture make Merge very stylish, but not  as swanky as Char’d. The food is just as good as the sister restaurant, though the owners had a bit more fun with the menu. It’s filled with fun comfort foods that match the creative and comfortable atmosphere.

From the food window, you can order kimchi mac and cheese, kimchi tacos, Korean-style corn dogs, elotés, rice cake skewers and of course, the Korean fried chicken (double fried) with sauces like soy garlic, honey mustard, sweet and spicy and volcano. There were also plenty of vegan options. And don’t be fooled by these casual snack foods, they are full of surprisingly sophisticated flavor. 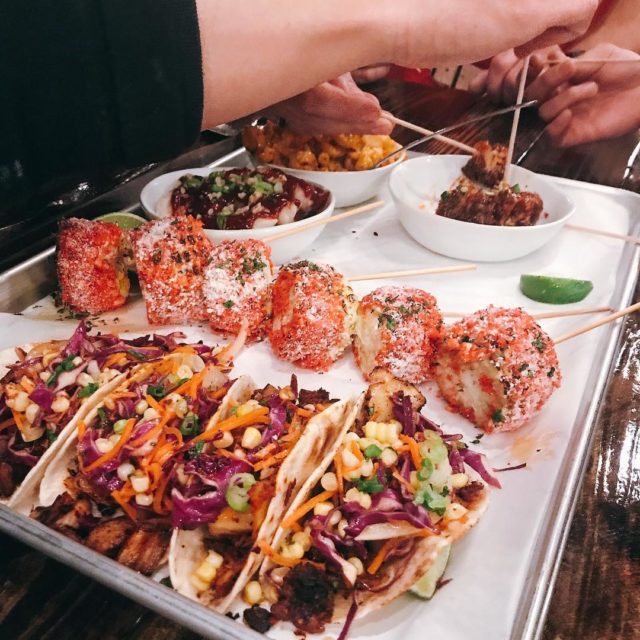 About the drink menu. From the draft cocktails and beers to the playful house drinks like a “Bitter Man,” you can tell that a lot of thought went into these offerings. You have to see for yourself how much genius (and value!) is on the bar menu.

After trying all of this on the soft opening night, all I can say is that I was deeply satisfied and very certain that Merge is going to be a hot spot in Milwaukee soon.

Okay…and I had one more thought. The only thing that could be improved was the ’80s hits playlist. As your friendly neighborhood music and food expert, I would recommend a mix of American hip-hop and K-pop instead.

The Sherman Pheonix is finally rising from the ashes today. The grand opening celebration is from 5-8 p.m where you can explore all the vendors and see the space, which has such a great story. And since this is a food podcast, we’ll be paying special attention to the restaurants. We’re really excited to try Sauce & Spice pizza, Next Level Vegan, Funky Fresh Spring Rolls and the Shindig juice and coffee cafe. Check out the full list here.

Read more and listen to the full podcast episode below to hear more about our review of Merge, the rise of the Sherman Phoenix, Small Pie and an extended conversation about Ann.